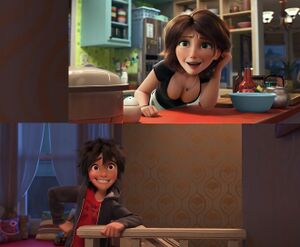 The “Busty Aunt Cass” meme is an image manipulation of a character from "Big Hero 6." The image has been photoshopped to give the woman large breasts and became a viral image, especially on Reddit, in February and March 2021.

DeviantArt's Rastifan uploaded an image of Aunt Cass on November 16th, 2016. Using a screenshot, Rastifan altered it so that she possessed a large chest with plunging cleavage and even went as far as to christen the image as the "Cleavage Version" of the character. The image has since gleaned an excess of 75,000 views and 1,000 favorites.

Jumping ahead to December 4th, 2020, /u/delactebles of Reddit posts an image macro to the r/memes subreddit. Delactebles' version took the source image from the film and added some text attributed to a "Mom" whom says that the food is not very hot. A second image was placed directly beneath this one, switching to the cleavage version and captioned as "The Food;" it gained over 47,000 upvotes.

This meme is often used to contrast something perfectly innocent with how easily it can be to twist it into something lewd/perverted. 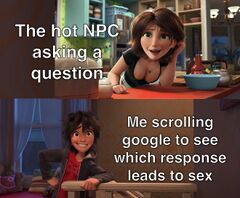 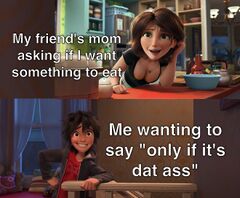 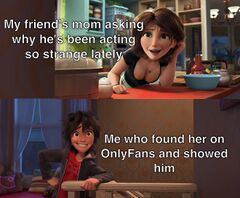 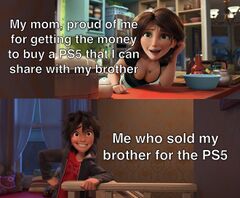