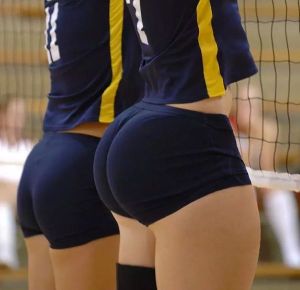 Volleyball Booty plays on the popular image macro meme where photos are used to compare two different ideas in a humorous manner. Humorous captions are applied to the two posteriors under the presumed notion that the larger butt is superior to the smaller one. This macro is also sometimes referred to as Thicc Volleyball Player and Volleyball Butts.

The picture that would become the source for the Volleyball Booty meme was first posted on Reddit on October 27th, 2011 by user therabbiscat. The original picture appeared on the subreddit /r/VolleyballGirls with no captions applied. While the original picture featured two women in short gym shorts with one displaying a more defined posterior, the photo that would later be captioned for Volleyball Booty appeared a month later on the New Schoolers forum. This displayed a version of the picture that had been Photoshopped to humorously enhance the posterior of the girl on the right to make her rear end even more pronounced.

As is often the case, it would take some time for the picture itself to transform into a meme. Reddit user vlas667 posted the first version of the captioned photo to /r/dankmemes on October 23rd, 2018 with the captions Rick and Morty and Futurama. Within a single day, the post garnered over 900 comments and over 43,000 points for an upvote percentage of 84. In the days following, the macro was redistributed and rewritten by countless users, Both the original picture and the macro saw sharp spikes in popularity shortly following those initial posts.

Volleyball Booty is just one in a long line of image macros that allow users to draw comparisons and troll people with other opinions. Object labeling can be applied without much technical knowledge, and that allows users to quickly churn out a huge number of variations. As with many of these image macros that gain popularity on Reddit, much of the content is focused on geek culture, with a variety of video games and anime being applied both ironically and sincerely. 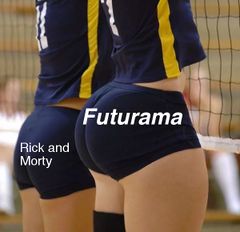 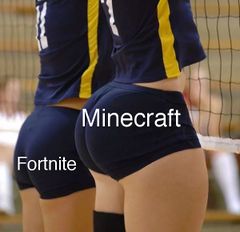 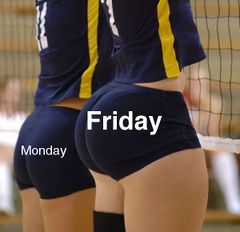 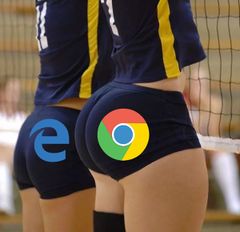