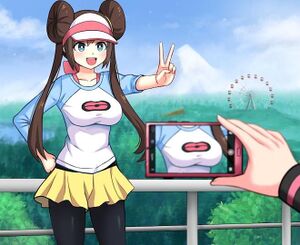 The “Camera Zooming on Rosa's Breasts” meme is taken from a piece of fanart, specifically an image of Rosa, the female protagonist of Pokémon Black/White 2. Said fanart has her posing for a picture with the backdrop of a Ferris wheel and shows that the photographer's viewfinder is zoomed in on her chest.

This particular image debuted at the tail end of January 2020 and gained significant usage as an object-label meme, placing a detailed explanation of something over Rosa while the viewfinder reveals a more glossed-over explanation.

As previously addressed, this particular memetic image has been used to highlight how people tend to focus on only one aspect of some topic-the aspect they find most appealing. 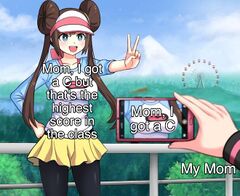 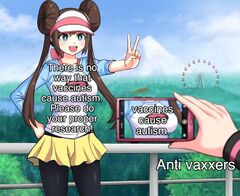 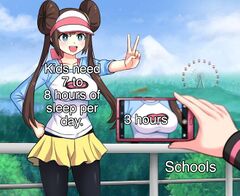 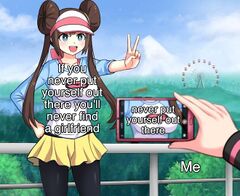