Carl Finds Shrek In The Forest 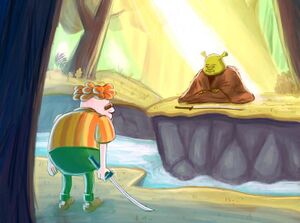 “Carl Finds Shrek In The Forest” is an illustration penned by the Reddit user cm_od. It features Carl Wheezer from the Jimmy Neutron franchise and the Dreamworks character, Shrek.

In the illustration, Carl is depicted standing before Shrek sitting with his legs crossed in a cloak in a forest illuminated by the sun. Swords can be seen, one in Carl's hand and one in front of Shrek.

Reddit user cm_od originally posted the Carl Meets Shrek in a Forest meme in the Art subreddit on September 28, 2019. The caption was "'We Meet Again…', Me, Digital, 2019". Their illustration has received 6.1k upvotes, 88 comments and awards from the gold and silver categories in the 6 months since it was published.

The illustration truly began to gain its notoriety when fellow Redditors began pairing it with text captions on other subreddits dedicated to humor. After fading out briefly, the image returned to its former popularity as a meme format in March 2020.

It is unclear what the overarching meaning of the meme is. Shrek is depicted as looking like a master with Carl looking upon him as a student of sorts. Whether they will have a conversation, spar, or simply go their separate ways are all open to interpretation. 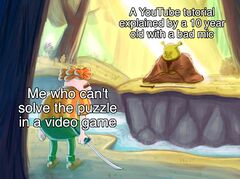 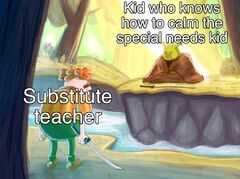 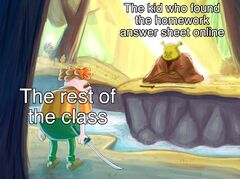 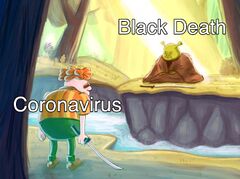