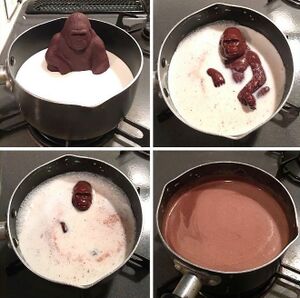 “Chocolate Gorilla Melting”, also referred to as “Milk Ape”, is a photograph macro series that shows a chocolate gorilla gradually melting in a pot of milk on top of a burner. The structure is generally used to depict the gradual disappearance of figure intending to reveal a secret to the audience over four panels, to only melt away before they may finish their statements.

A meme featuring a picture of a gorilla and the caption "Free Hugs" by Austin Hall has shown up on imageboards like 4chan. The meme has also been featured on sites such as Instagram and tumblr. The spread of the Chocolate Gorilla Melting has also spawned many memes with various images of gorillas melting in pots of milk.

To many, milk apes refer to one individual gorilla who secretly wants to reveal a secret within one of the four panels in which they appear in. This can often be a comment on an actual gorilla or the individual purpose of their appearance in the image. 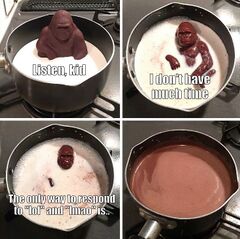 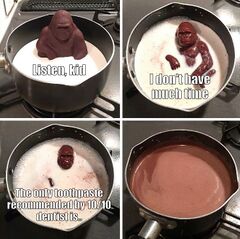 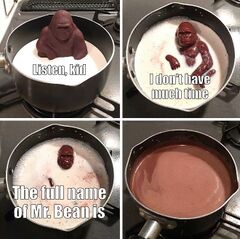 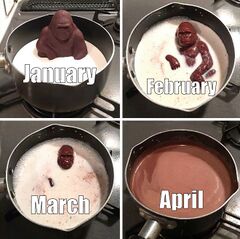