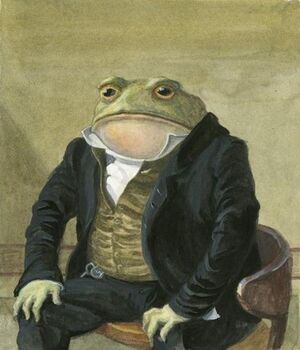 When you think about the most common sources of meme fodder, Etsy stores do not usually come to mind. Etsy is a wonderful online marketplace of hands and crafts, and it is often referenced by Pinterest users who make image collections. It is thanks to Pinterest that we can discuss the exploitable image macro known as “Colonel Toad” in 2021.

The image of “Colonel Toad”, which depicts an amphibian dressed in an old-fashioned three-piece suit, was sold on Etsy by a store operator who offered various prints suitable for framing. The store was active in 2011, but it seems to have closed that same year. An image of Colonel Toad was made part of a Pinterest collection in August 2011, and it sat there mostly unnoticed until 2017, when it started appearing in Facebook and Instagram as a single-panel image macro. In the beginning, the image was tagged with lyrics from "Man's Not Hot," a jokey rap song recorded by English comedian Michael Dapaa.

Amazingly, Colonel Toad is not the only quirky painting of a toad wearing a suit; in May 2020, another one appeared on Twitter, and they were published as a two-panel exploitable that got a lot of attention. In January 2021, Colonel Toad was used to describe the feeling of concluding Zoom work sessions during the coronavirus pandemic. In late September, Colonel Toad went truly viral when it appeared on Twitter as a means of conveying obvious and pointless information.

You can use this meme to announce something with a certain level of gravitas, but the punchline needs to be sillier than a Dad Joke. In fact, Colonel Toad looks like the embodiment of a Dad Joke. 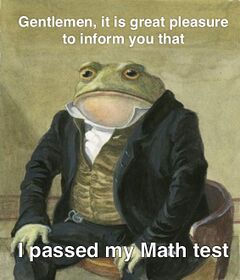 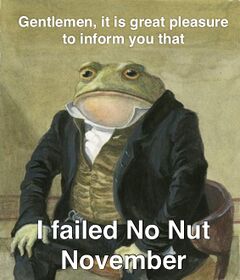 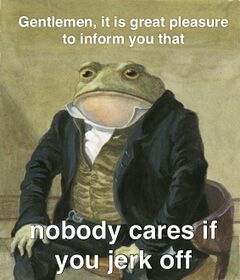 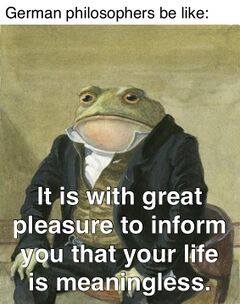