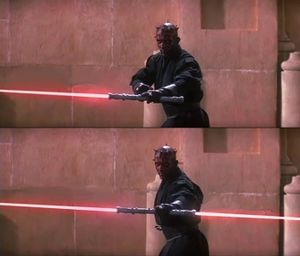 “Darth Maul's Double-sided Lightsaber” is a meme that centers around a series of images of the Star Wars character Darth Maul and his lightsaber. There are many different kinds of edits and format types for the images.

The scene in which the images come from was in the movie Star Wars: Episode I: The Phantom Menace. In this scene, the antagonist Darth Maul reveals that his lightsaber has two sides to it as a surprise.

Since then the scene has been parodied in a variety of ways. One famous way that it has been referenced is in the Star Wars Kid meme.

The most popular format derived from the scene started in March of 2019. It was started by Reddit user Tristan_Culbert and quickly became a popular format. This format was centered around putting text over each side of the lightsaber to signify the two are related or otherwise contradict each other.

For example, it can be used to portray that the text on the first side of the lightsaber has a hidden agenda or surprise attached to it. 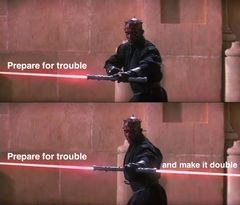 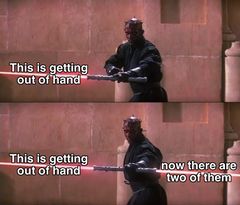 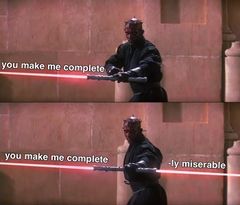 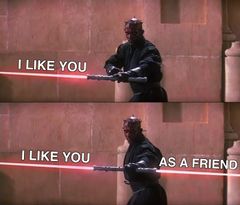