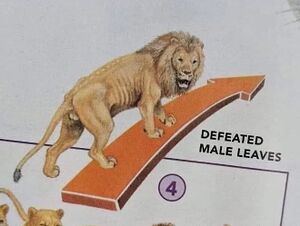 The meme was first posted online in 2020. However, it originates from the 2008 National Wildlife Federation's Ranger Rick's Zoobooks about lions. We learn that family life is vital to lions because they live together in large family groups.

A family group of lions is called a "pride," which includes a group of female lions, baby lions, and a few male lions. Invading male lions try to take over the pride, which results in a fight between the invading lion and an existing pride male lion. "Defeated Male Leaves" refers to the loser walking away.

This meme is personalized by individuals with whatever words they wish to include. For example, one meme says, "When my GF asks me to open a jar of pickles, and I can't open it either." 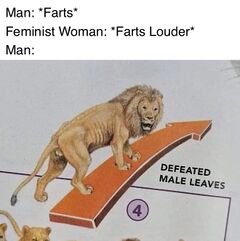 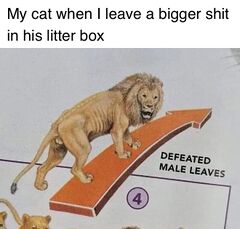 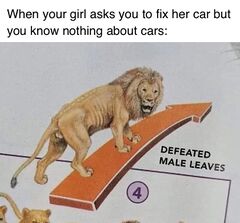 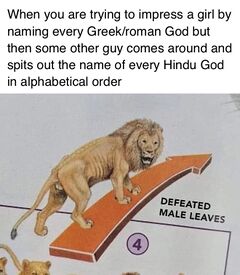