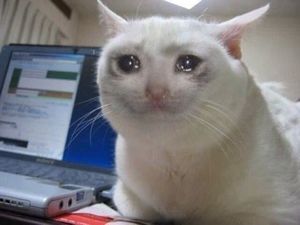 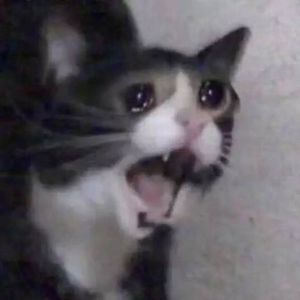 Blank template (with paw up) 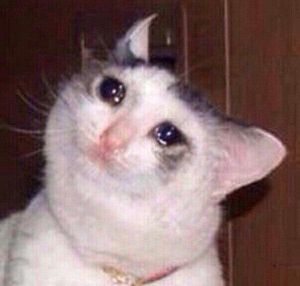 The “Crying Cat” is a meme based off of photoshopped images of a cat, typically with very moist, glass-like eyes to make it seem as if the cat is sad.

The first sighting of this image was posted on a Meme Generator by an anonymous member on June 11th, 2014. It plays off of the image of Serious Cat, another meme that involved the same photo of the cat, but with human eyes photoshopped on to make the cat look uncomfortably serious.

The image would next make an appearance on ask.fm by the user YoussefArafa88 in late 2014.

It wouldn't re-appear until the following year and on April 9th, 2015 the image was posted on the Germany-based image board pr0gramm. Through the German origin, it also took on the name of "Schmuserkadser", becoming very popular within a timeframe of 3 years.

After this instance, many more images were uploaded to websites such as 4chan, Facebook, and Reddit with a similar premise as the original: a photo of a cat in which the eyes are photoshopped to be incredibly moist and make it look like the cat has been crying.

One of the comical aspects of the Crying Cat is that the images typically feel incredibly out of context, often with the user wondering why the cat is crying. The positioning of a very sentimental moment on a very innocent and adorable animal is where the joke is, as it feels almost comical in how arbitrary it feels. Some iterations of the joke even have edited photos depicting somebody flipping off the cat or putting the cat in rougher or more absurd situations to make it even more sad or awkward. 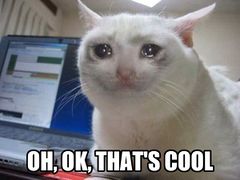 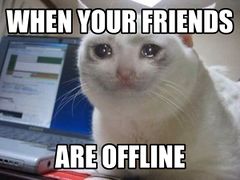 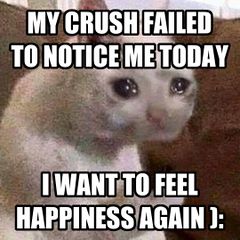