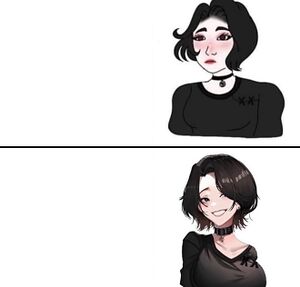 The meme known as “Doomer Girl vs. Anime Doomer Girl” involves the "Doomer Girl" Wojak redrawn to resemble an anime character. Most versions involve two-panel comics that contrast the staid normal model to the stylized version. This anime rendition also appears in several instances of "hornyposting."

This particular meme debuted on May 24, 2021. Twitter user @harrishero10 tweeted the eponymous "anime doomer girl" character they had created and the post earned 1,400 likes over the span of three months. Moving forward to July 15, 2021, Rede331, a user a on Reddit, uploads a vertical comparison shot, which is where the current state of this meme comes from. Rede331's post garnered a whopping 134,000 upvotes over the span of 11 days.

This image can be used for many sorts of comparisons. Existing versions of this use include the following: 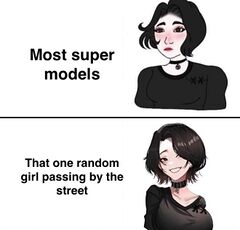 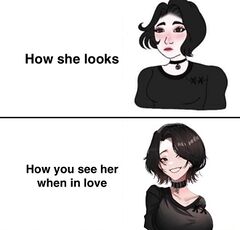 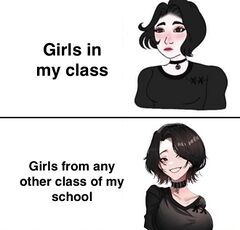 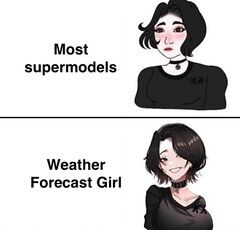