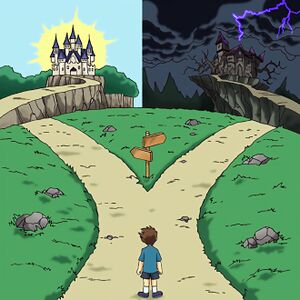 “Dramatic Crossroads”, sometimes called Two Paths or Dark Path, is an image that represents a choice. It is a young boy facing a fork in the road, one leading to a light castle and the other leading to a stormy dark castle.

The artwork for this meme is taken from the “Dramatic Crossroads” card, which appears in the Yu-Gi-Oh anime but is not officially part of the Yu-Gi-Oh trading card game. The original image comes from a mock-up of the card art from a DeviantArt user AlanMac95 which was posted on April 27th, 2017.

It laid dormant there until February 16th, 2020, and we have @IrisHeartfang of Twitter to thank (or blame) for resurrecting it. He gave us this masterpiece of a post, where he captions the castles but not the boy at the front, which he labels in the text of the tweet instead: 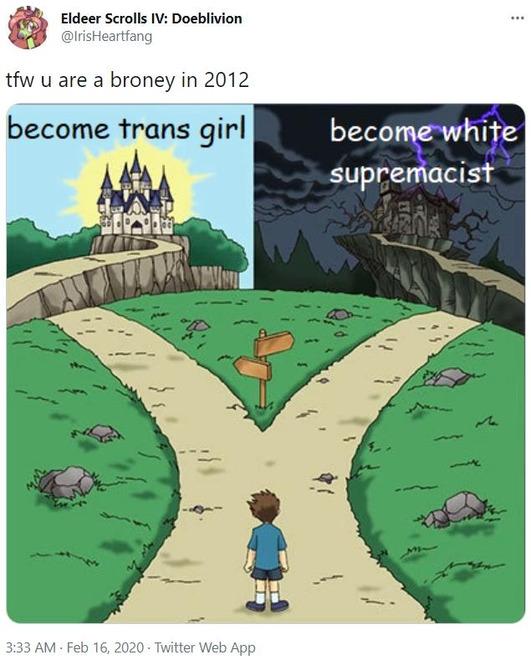 The meme began circulating almost immediately. On February 19th, iFunny user Some_Cool_Asian_Guy posted the first known edit of the meme, which was a simple video edit where the boy expands over both paths.

iFunny is also where TheNewKeynesian’s July 21st edit was posted. This post saw a lot of attention and inspired even more spinoffs from different memers. This image was spread to Instagram where it was circulated heavily around politigram. 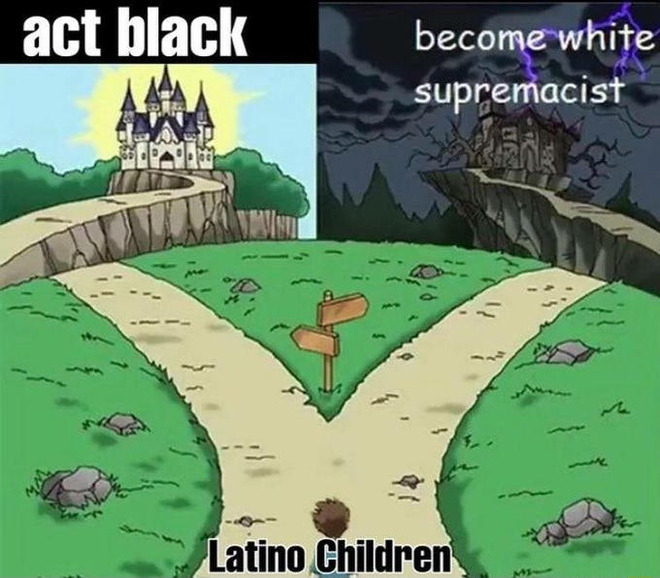 In 2022, the meme sees continued popularity. This can be attributed to the fact that it can be applied to most of life’s choices, big or small. It has been trending since July 2022 on various Reddit boards. It has become especially popular with history enthusiasts.

The image implies that there is a light and a dark path which can be expanded to a good or an evil choice. It is used to express dark or disturbing things in a humorous way. It can be applied to nearly anything, so its meaning is up to the user. 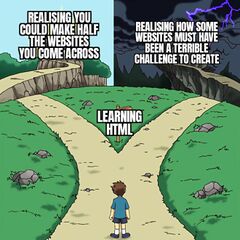 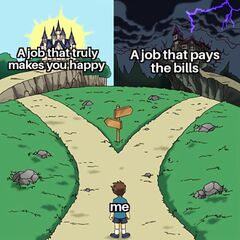 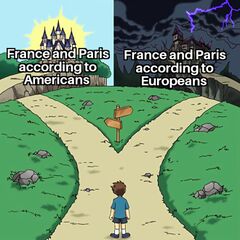 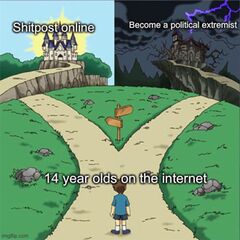