This meme appears simple, showing computer scientist Katie Bouman clasping her hands to her face in excitement as she beholds an image of a real black hole in space.

The image becomes memetic when creators photoshop other pictures over the image projecting from the screen, implying Katie is excited about whatever they have set before her on her computer screen instead.

Examples include positive matches on dating sites, rapidly changing images of the movie Shrek, and Domino's' pizza tracker informing her that her pizza is on its way to her location.

Katie Bouman was the leader of one of four teams who'd set out to help create the first image of a black hole. The teams were tasked with writing the imaging software necessary to accomplish this goal. Bouman uploaded the photo of herself sitting in front of their product on April 10, 2019.

The meaning of the meme doesn't lie in Katie Bouman's success as a computer scientist, but rather in her very relatable excitement over her success. If she were replaced by another excited individual, the image would continue to have value and memetic potential.

The pure joy she exhibits over whatever is being shown on the screen is what inspires creators to photoshop other images onto the screen for this woman to be thrilled about. A gentleman dancing half-naked against a black backdrop could be photoshopped onto the woman's computer screen, implying that's what's exciting her so much.

Similarly, Katie herself could be photoshopped with tears in her eyes as the screen reads that she has died in the game she was playing. The image is easily manipulated to have multiple meanings, lending memers the task to create something original and humorous. 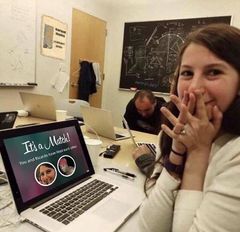 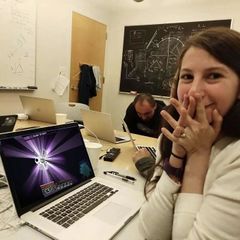 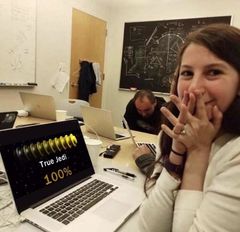 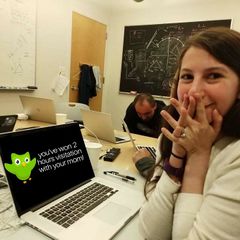