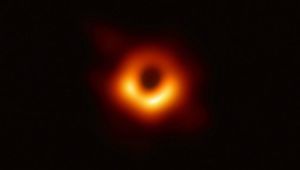 The “First Image of Black Hole” is a truly galactic meme that started circulating on April 10, 2019. It plays off of the first real photograph of a black hole through pop culture references, pets, food, fantasy and more.

The picture began making its rounds on Twitter and other social media quickly following a press release from the National Science Foundation. The image shows a supermassive black hole and its shadow from the galaxy Messier 87. Scientists captured the image by using an array of eight ground-based radio telescopes in the culmination of an immense two-year long project.

As the photograph spread across major news outlets, its meme counterpart spread across the internet equally as fast. Soon pictures of the black hole as the Eye of Sauron, pet eyes, and even a bagel popped up across the web.

The photograph’s blurry picture quality made it easy to associate with nearly anything circular that Twitter users could think of. Others used the quality of the picture to make expectation vs. reality-style memes, like this one poking fun at the coding community.

Whatever your take on it, this historic meme’s gravity is sure to keep it around for the ages. 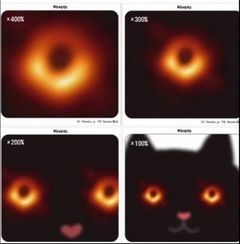 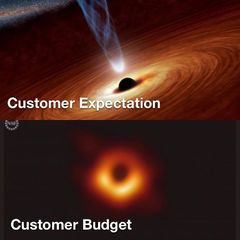 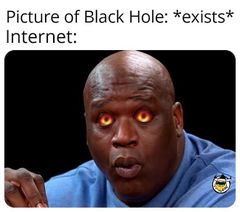