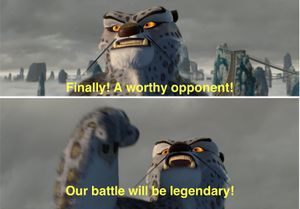 “Finally! A worthy opponent!” is a new meme, starring a familiar snow leopard. This joke pictures the character Tai Lung as well as lines from the movie.

This meme comes from the movie "Kung Fu Panda," a children's movie that is now beloved by people of all ages. The character Tai Lung, a villain in the series, speaks the lines used within the photo after escaping prison to steal the secret scroll and fight the Dragon Warrior.

Tai Lung is an overly confident character who judges others based on their appearance rather than skill, which leaves the audience with a sense of irony when he said he has finally met his match.

This meme can be applied to any situation where one person, animal, or object involved is self-assured in such a way that the audience, or reader, finds them to be dramatic or cocky.

Often times, the opponent in the meme is not one that is a major threat to the first character. This irony parallels the tone of the film during the original scene. 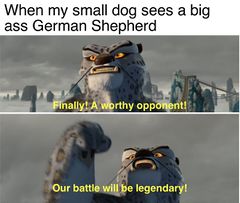 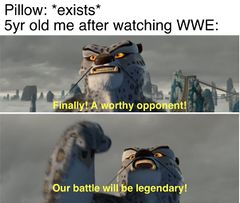 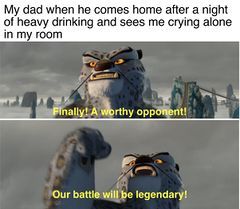 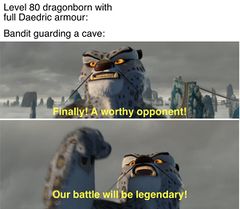