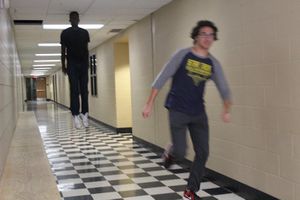 The meme “Floating Boy Chasing Running Boy” comprises of a photo of a school hallway in which one student is jumping so high that their head touches the ceiling while the other student runs away. The person running is blurred due to the motion of the photo, making the image even more dramatic.

This meme originated on the /r/hmm board of Reddit on the 5th of April, 2018 when Reddit user MinnesotaGamer20. The post got really popular and eventually would spread to 4chan only 3 days later.

From there, it was posted on many more sites, all of them typically involving the practice of an object-labeling meme in which people would label the floating boy as a powerful force and the person running away as the weaker link of the two.

Mentions of this image include the Reddit board /r/DankMemesFromSite19 posted by Reddit user LolExxDee and on Tumblr by the user lesbianorbits, the latter of which began the object-labeling aspect of the joke. 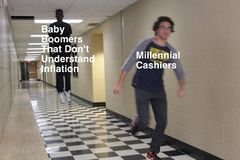 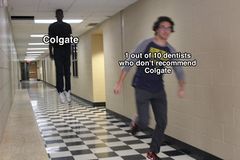 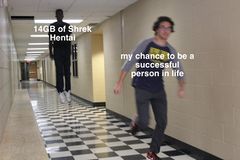 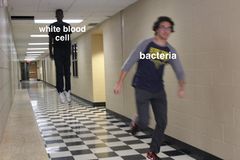