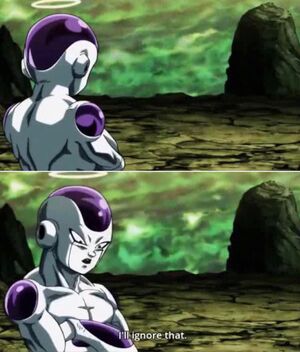 The “Frieza's «I'll Ignore That»” meme is taken from an exchange between Frieza and Catopesra, two characters from the anime known as Dragon Ball Super. The meme involves a still of Frieza starting at the object to be ignored, followed by a second panel of Frieza with his back turned toward the object.

The specific stills come from episode 114 of Dragon Ball Super, which aired in Japan in November of 2017 and the United States in June of 2019. The context of the episode is that a 45-minute-long "Tournament of Power" is being held.

This tournament is a battle royale consisting of one team of ten fighters for each of the series' active universes. As to the memetic exchange, Catopesra runs into Frieza and attempts to taunt the ice demon despot.

Catopesra follows his taunt by activating a speed style of his superhero suit and proclaims that he can easily see every one of Frieza's attacks before suddenly vanishing. Nonplussed, Freiza says the line and turns his back to the would-be hero of justice.

In short, this meme can be used to respond to anything the poster deems to be bothersome or pointless to engage with. In some ways, it can be similar to the scene from Indiana Jones where an attacker shows off many fancy sword moves only for Indy to just shoot him and move on. 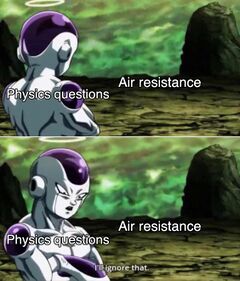 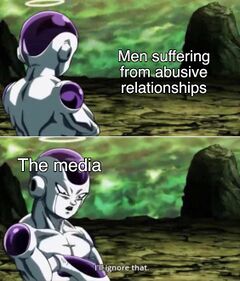 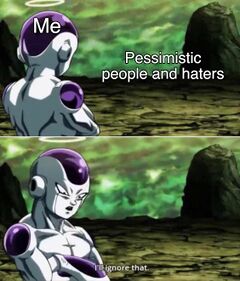 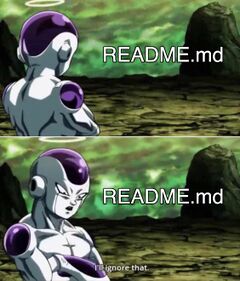