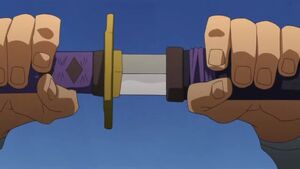 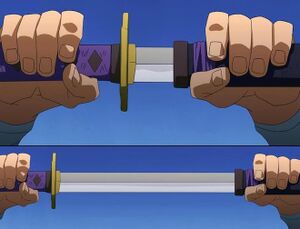 Japanese anime is often considered to be a gold mine of potential memes for various reasons.

With a series such as Dragon Ball, for example, you have an international franchise that resonates among young internet users, but even more obscure anime titles such as Gurren Lagann are filled with meme-making materials because of quirky subject matters and beautiful animation styles that can convey a lot of emotion.

"Unsheathing the Sword" is a 2019 meme made with two screenshots from a Gurren Lagann scene featuring a character named Kamina pulling out his katana and preparing to engage in violent combat against an adversary. The unsheathing is overly dramatic because Kamina carries an incredibly long katana that takes a long time to fully come out from its scabbard.

The Gurren Lagann episode from which this meme originates dates back to 2007; however, it did not appear on Reddit until early 2019.

The meme itself is pretty clever: The top panel is headlined by a main argument followed by a partial unsheathing of the sword with just two letters suggesting an answer.

The bottom panel shows the katana pulled halfway out from its sheath, and it reveals an unexpected punchline.

This is an exploitable meme that can be a lot of fun because most people expect the answer to be offensive or vituperative.

When the katana is fully unsheathed, the punchline makes sense in an ironic manner because quite a few internet users expect to encounter trolls on forums, social networks and other online interaction platforms. 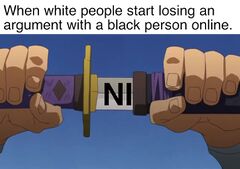 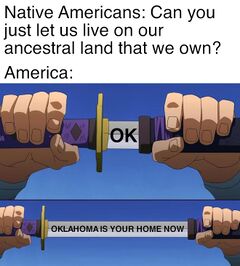 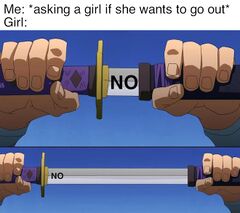 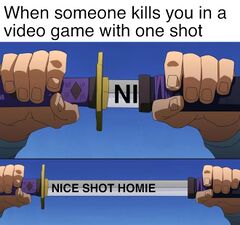