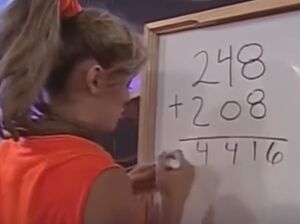 The “Girl at Whiteboard Adding” is often used in the form of a still photo or gif, originated from a video released in 2016. This video was a cut from a T.V. show called "Combate". It features model Dayane Rivas completing a math problem incorrectly. (She writes that the sum of 208 and 248 is 4,416.)

Although the origin of this photo/gif is a television show, there were a few stepping stones between T.V. and becoming one of the most loved reactions on Twitter. Shortly after the show aired, a Youtuber uploaded the clip to Youtube, where it has amassed more than 2.5 million views.

Following this, like many up and coming memes, it became very popular on Reddit before reaching other platforms.

The photo, gif, or clip is often used to insult one's intelligence or to point out incorrect math. It is often used interchangeably with memes in the "this doesn't add up" family. Aside from being used as a reaction photo, it has also been used to bring light to shared experiences such as outrageous medical bills, taxes, etc. 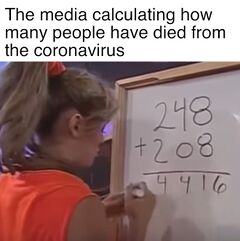 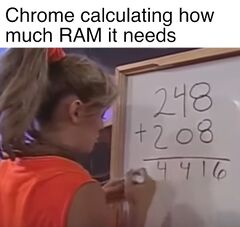 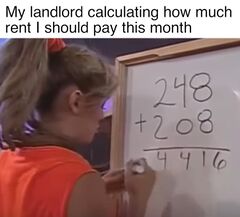 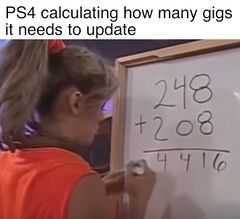