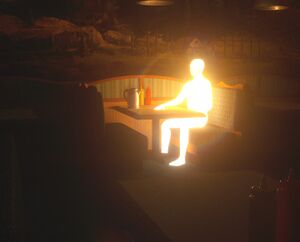 The “Glowing Man” meme is taken from a piece of art created by Quentin Deronzier. While the image began its internet life by being uploaded to Tumblr in October of 2017, it only began to rise in memetic prominence in 2019.

Quentin Deronzier, under his official tumblr account, posts "Lone Light" to his Tumblr page on October 2nd. This particular piece of art shows a humanoid, glowing with brilliant yellow light, sitting alone at an eatery's table with only his natural illumination to keep the area lit. The post received over 8,000 likes and reblogs over the span of three years.

Lone Light's use as a meme did not begin until February 25th of 2019. Reddit user JoojToranja uploaded the image to "/r/Bossfight" with the title of "Sunman, lord of light." JoojToranja's post earned nearly 28,000 upvotes over the span of half a year.

The various memes that have sprung up around this particular piece of artwork all involve things like energy, brilliance, power and/or solitude. 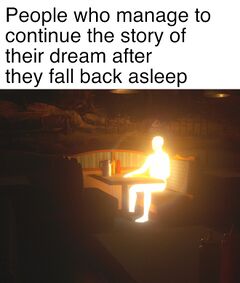 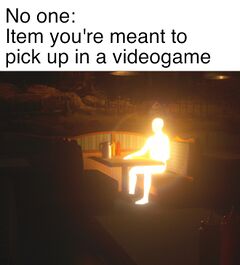 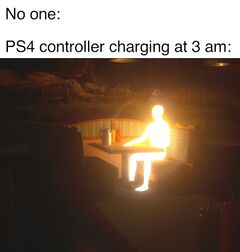 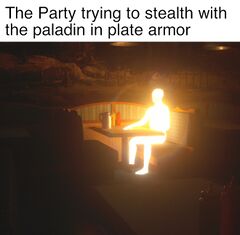