I Hate the Antichrist 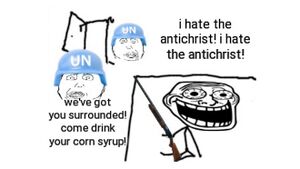 “I Hate the Antichrist” is a reference to a meme which originally commented on the uselessness and wickedness of the United Nations and their blue helmet troops. It is rendered in deliberately low-effort art on MS Paint. It also implies that OP is involved with something that would warrant their door being broken down by international troops. In this way, it is similar to doomer and anti-civ memes. The original version features blue helmets breaking into a room in which a character with a trollface.jpg head declares that he hates the antichrist. The trollface character is usually depicted with an exaggerated grin to convey the emotion of mischief in dismantling an evil globalist structure, which can be likened to the reappropriation of The Joker character by various internet groups. This is also something that harkens to the smile.jpg meme and its various spinoffs. The uninvited entrance into the room harkens to the “Are ya winning son?” memes, except instead of a mild-mannered dad, they are aggressive soldiers. It is possible that this meme was inspired by “Are ya winning son?”.

There is a recurring theme with this template involving the forced consumption of corn syrup, which is another allusion to conspiracy theories surrounding the United Nations.

At the convergence of evangelical Christianity and anti-globalist movements, there are a handful of authors who have proffered the idea that the United Nations is a body of the antichrist. It sells itself to the world as a force of good when it is in fact a force of evil. Many internet users consider this a case of getting the right answer for the wrong reasons. One such author is the late Tim LaHaye who wrote a series of fictional works about this subject.

The original version of the meme is a lot more elaborate than the template that eventually took over the internet. It was posted by an ifunny user BenShapiro in the form of a webcomic. This post enjoyed some popularity in 2020 and found its way onto mainstream social media platforms. It even features biblically accurate angels, which are a meme in their own right.

In January 2021, a youtuber created an animated version of the webcomic which helped it snowball in popularity.

In February, the trend had found its way to Reddit where u/SirLulzingtonEsquire posted their own webcomic based on the concept of luring UN troops into your compound as a trap. It is the first panel of this image that became the generally accepted template for the meme. 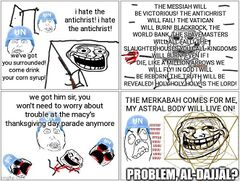 The meme references both religious and political themes but it is mostly light-hearted despite the edgy subject matter. It is part of the larger trends of rage comics and schizoposting. The scenarios depicted are deliberately over-the-top and unrealistic. It is intended to make light of the current political situation. While some users may choose to take a more literal interpretation of the meme, it is mostly just a celebration of the absurdity of our times.

“I Hate the Antichrist” plays on the fantasy that many people have in modern times to disconnect themselves from a toxic and declining society. Domestic and international law are encroaching on basic human rights and people feel more distanced from their peers than ever. However, people on the internet have been able to turn all of this madness into a joke.

The template also serves as a way for people to vent over other frustrations. It has been used to express hatred for all kinds of day to day troubles and inconveniences as well as “the antichrist”. 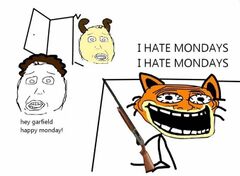 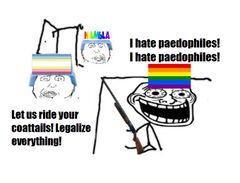 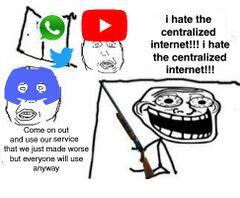 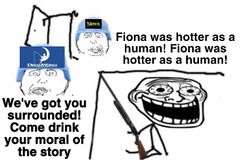