I Have Decided That I Want to Die 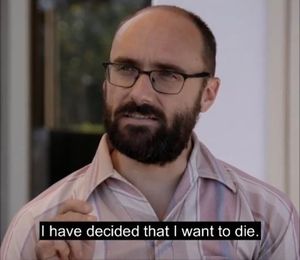 “I Have Decided That I Want to Die” is a line said by Michael Stevens during one of his Mind Field episodes, that was used in a screenshot to create this meme. Perceived as a comical line, it lends humor to the notion that death is the preferred outcome over completing a simple task.

As a popular Youtuber, Stevens is known as the creator of his channel Vsauce, and as the host of Mind Field, a YouTube series. The show focuses on exploring interesting topics regarding to the human mind and behavior through documentary-style episodes.

It first made its way to Reddit at the start of January 2019. It used a screenshot from one of Michael Steven’s Mind Field episodes titled “Should I Die?”.

The episode originally aired on December 26th of 2018 and explored human mortality and its psychological influence. During the show, Stevens mentions to one of his guests during their discussion that he has decided to die. Using that screenshot, a caption about having a computer shut down while you’re in the middle of working was added.

Used as a comical line, this meme lends humor to the notion that death is the preferred outcome over completing a simple task.

The original meme was captioned to exaggerate the situation of working on a computer and having it shut down at an inconvenient time, making death a preferable outcome. Shortly after its original appearance, it was photoshopped and re-captioned a few times to create several versions of comedic irony.

Some of the newly edited versions contain references to Padme (from Star Wars: Episode I- The Phantom Menace), accidentally stepping on a dog’s tail, and even the Queen of England.

Its humorous exaggeration highly attributes to its new-found popularity and continues to be modified. 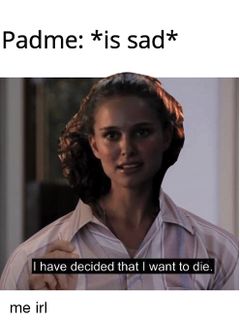 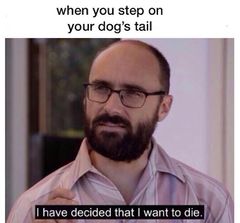 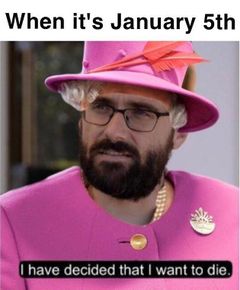