I Have Two Sides 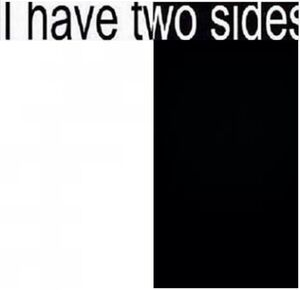 “I Have Two Sides” is a meme format consisting of an image of two faces split side by side, implying two faces or personalities of one’s self. The meme has grown popular in a number of niche categories where it has taken on different forms and used to express different things. Sometimes, it expresses nothing at all. It is often used in a nonsensical post-ironic way or as a parody of itself.

The faces used will vary based on the intentions of the creator. They most often feature pop culture figures and fictional characters. Memes featuring political figures are also not uncommon. They are usually juxtaposed to imply a contrasting personality, but this is not always the case as the meme can be used in different contexts.

The origins of this meme are disputed. There is a relatable text-based image from a 2013 iFunny post with the header “I have two sides:” but the meme did not emerge in its present format until much later. However, some I Have Two Sides memes used the styling ad color of this image to form the top caption. 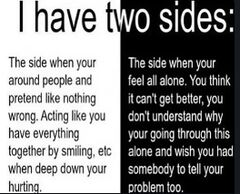 The first use of this template in its modern form is believed to have been by Twitter user @Chamington1, who posted the following image on December 26th, 2018. The image was spread through a popular reddit post in the coming days. This renewed public interest in the subject and began a series of post-irony spinoffs. These memes are typically representative of the memes so literal they aren’t even memes style. 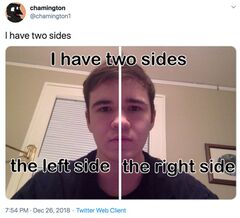 This would only be the beginning for this format. In the coming years it would be adopted by a variety of subcultures and interest groups. It peaked in popularity in late 2020 and early 2021. During this time, its popularity was greatly boosted by Instagram and Facebook users who shared their takes of this meme on hobby and fandom pages.

Margaret Thatcher Example: The most famous version of this meme features a “Sensitive Femboy Fox” contrasted with former British Prime Minister Margaret Thatcher. The popularity this image enjoyed on all social platforms was pivotal. It spawned several new waves of creations for this meme template which were arguably an improvement. Both characters have become a staple of this meme format. 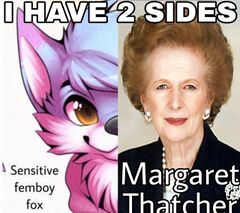 The furry character in the left panel has been identified as this character, though the exact source image is unknown. It is watermarked to a private Fur Affinity user and it has also appeared on websites which feature adult furry content. “Sensitive Femboy Fox” has become a meme character in his own right and many Two Sides memes use this or another femboy type character. 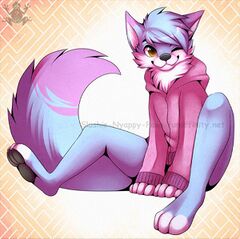 The use of Thatcher and furry characters seems to have caused the spread of this meme to diverge. The thatcher instances spurred groups of users in political circles to adopt this meme. It became particularly popular and replicated among leftist Facebook and Instagram users. On the other hand, the furry character gave rise to the frequent use of the format among various circles of game and anime fandoms which happen to have an unfortunate overlap with furry communities.

The strongest of these connections is arguably the Batman universe. The villain Two-Face is a literal representation of the concept of one person having two sides. For this reason, he is a convenient choice of characters for this sort of memes. The Joker, being a meme of his own, has often been incorporated into Two Sides memes. Additionally, many users have merged the faces of Batman and the Joker to illustrate the duality of human nature. The Joker represents some of the moral choices that people make every day.

The seriousness of this meme varies greatly, but most versions of this meme are not meant to be taken very seriously. It can be used, like its very first example, as a relatable. It can also be used to explore different and often contrasting drives within a person. Most often, however, it is used to create irony or simply to be silly. This template could be thought of as a more light hearted version of “Inside You There Are Two Wolves”. 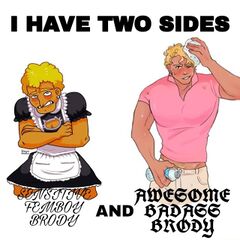 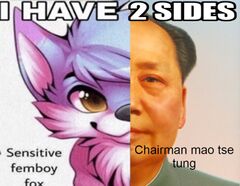 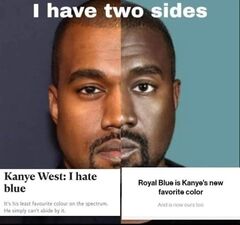