SpongeBob Reading Two Pages at Once 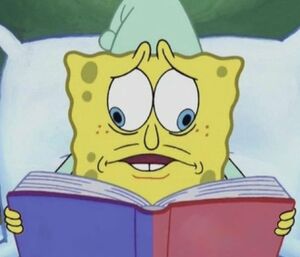 Judging by the high number of memes based on SpongeBob SquarePants, this is the cartoon of Generations Y and Z, which further explains why it it is so often used to explain generational behavior issues such as attention deficit disorder.

“Cross-eyed SpongeBob”, also known as “SpongeBob Reading Two Pages at Once”, is a single-panel exploitable image that describes the feeling of trying to focus on two things at the same time.

During the fifth season of SpongeBob, one episode focused on the main character's habit of reading a horror-themed book at bedtime. Since it is safe to assume that SpongeBob was a child of the 1990s, he is easily distracted and not the best reader; this is obvious when we see that one of his eyes reads one page of the book while the other reads the next page.

About a decade later, a Reddit user posted the first iteration of the meme, which it was conveniently edited to portray book covers of different colors, thus making it easier to label and exploit. From 2018 to 2020, this meme has been revived to explain situations when people cannot concentrate, such as when watching pornography on their smartphones while at the same time messaging through Facebook and WhatsApp.

Information overload leads to difficulties in focusing one's attention to a single topic. One can imagine modern students studying for their English tests while keeping an eye on smartphone notifications. 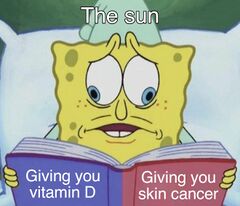 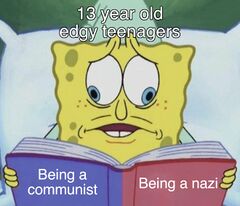 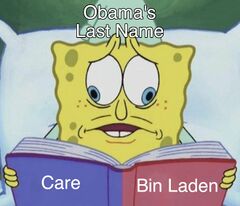 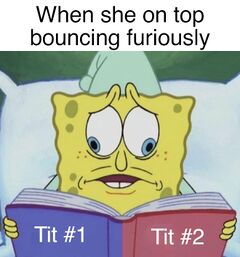