I Think I Forgot Something 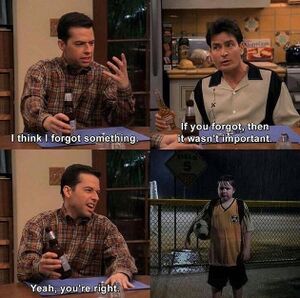 This is a family of memes consisting of four panels. The first three feature two characters having the following exchange:

The fourth panel shows another character, a child, standing alone in front of a dark soccer field as it rains.

In the meme, characters are edited or labeled to represent various people or groups, pop culture characters, or concepts.

The images come from a 2005 episode of the TV show Two and a Half Men, featuring Jon Cryer, Charlie Sheen, and Angus T. Jones.

The original joke is based on a parent forgetting to pick up a child at soccer practice.

From there, the meme is used to represent the concept of forgetting something vitally important, to the point of being almost oblivious that you've forgotten anything at all.

This can include mocking plot holes in movies or games where a character overlooks something obvious, or poking fun at companies or individuals who miss an important problem. 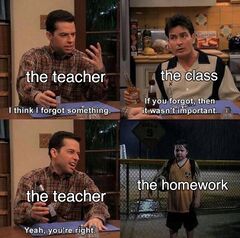 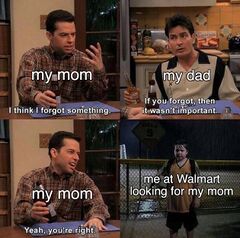 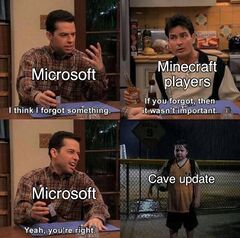 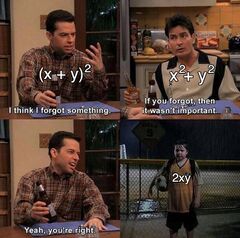