Impostor of the Vent 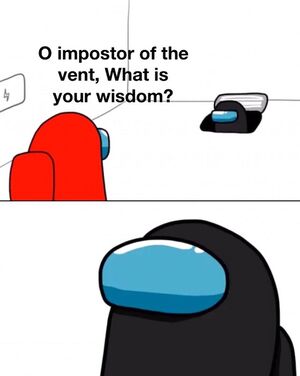 After the game "Among Us" became popular among players and Twitch streamers this year in the wake of Coronavirus social distancing measures, a number of memes centered around several of the comical-looking main characters of the game started appearing on sites like Reddit. One of the most popular of these images features the so-called “Impostor of the Vent”.

"Among Us" is a sci-fi mystery game in which crew members need to identify havoc-causing impostors who are lurking onboard their spaceship. Players can either be crew members or impostors; impostors are tasked with killing crew members and leaving a trail of mayhem in their wake.

In the "Impostor of the Vent" meme, a red crew member is depicted asking one of these impostors ironic and funny questions. Usually, the impostor gives a witty response to whatever he or she is asked.

As depicted in the meme, an "impostor" is seen hiding in a vent. This refers to the fact that impostors in "Among Us" use the ventilation system of the spaceship to hide from crew members and generally cause chaos.

Asking a question to such a person is a humorous take on the "discovery" of information that "Among Us" players must undertake during gameplay in order to root out saboteurs. It's a bit of an in-joke centered around players who maintain a light-hearted rivalry between crew mates and impostors. 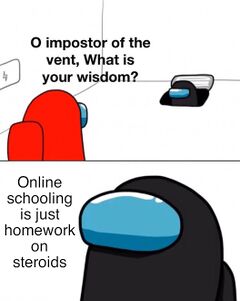 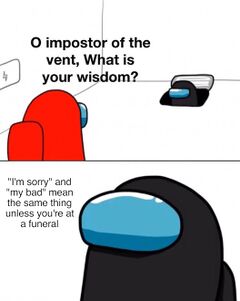 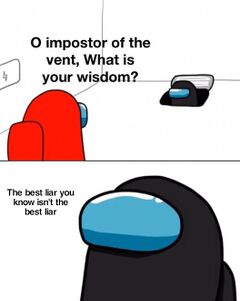 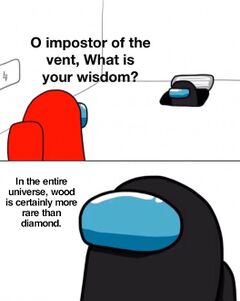