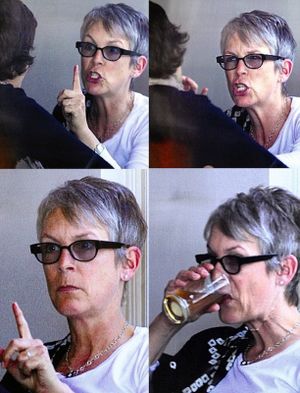 Jamie Lee Curtis, if you don't already know, is one of Hollywood's most recognized actresses. Her career's body of outstanding work was recognized with an installment on the Hollywood Walk of Fame 21 years ago. You may remember Jamie Lee Curtis from the likes of Halloween, Halloween H20: 20 Years Later, Freaky Friday, and You Again.

This meme has been making its rounds across the World Wide Web for roughly the past week as of today, Wed., April 17, 2019.

Nearly a decade ago, on March 12, 2010, The Daily Mail published four photographs of Jamie Lee Curtis in a heated argument with an unidentified person in front of her.

The four photos were originally arranged in a two-by-two format, the same format that's used currently by meme creators.

In the fourth frame, Jamie Lee Curtis is seen drinking a brown liquid from a glass. This part of the meme can be interpreted as having to take a break as a result of getting so angry and letting that anger out on someone else. Further, simply pulling a Kermit the Frog and sipping one's tea is a good way to curb your temper.

Creators of these cultural bits of information have animated their own two-by-two squares as their own takes on the image macro. For example, two of the most popular character replacements include using two characters from Steven Universe and another two figures from Detroit: Become Human. 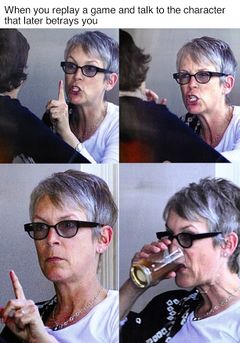 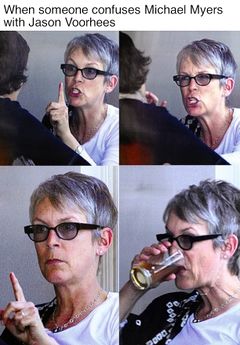