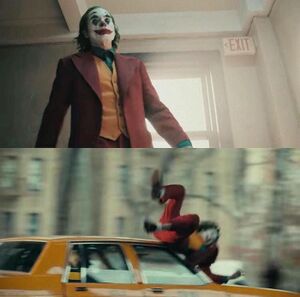 This meme comes in two panels. The first panel shows the Joker, Batman's arch-enemy, striding confidently down a hallway with his arms swinging. The second panel is a blurred action shot as the Joker rolls over the hood of a yellow taxi that's just hit him. Both panels are labeled according to the creator's intentions.

Both images are stills taken from a trailer for the October 2019 movie Joker, featuring Joaquin Phoenix in the title role.

The memes began circulating shortly after the first Joker trailer was released in mid-April 2019.

These panels are used to illustrate the concept of a positive situation suddenly turning out to have hidden negative aspects, or initial confidence evaporating once you realize you're in over your head.

Just as the Joker's self-assured walk counts for nothing once he's knocked flying by the car, the subject of the meme is blindsided and devastated once they're struck by reality.

The abrupt nature of the collision is enhanced by using only two panels, creating a sudden cut between the scenes. 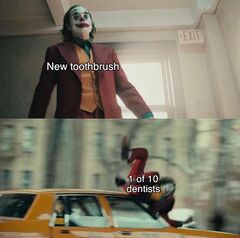 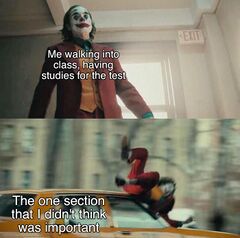 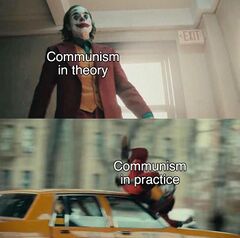 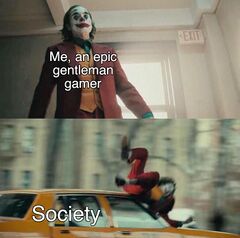