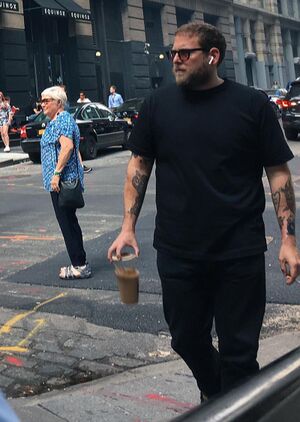 There is something about certain Hollywood stars and the demeanors they manage to cultivate over time.

The late Carrie Fisher, for example, is remembered for looking as always being in control despite a tumultuous life. Jennifer Lawrence, despite being one of the highest-paid actresses of her generation, comes across as being affable, friendly, and highly photogenic at all times.

In the case of Jonah Hill, he has gone from looking like an awkward comedic actor to exuding the essence of cool, and this is the basis of the “Jonah Hill Dropping Coffee” meme of 2019.

Jonah Hill is often photographed walking around New York City, and he does not mind the paparazzi swarming around him. On a certain day, he was captured wearing black garb, dark shades, listening to AirPods, smoking a cigarette, and carrying a disposable cup of coffee. Hill was looking as cool as ever, but the photographer captured the moment the cup detached from the lid, ready to spill all over the sidewalk.

The candid and well-composed photo was published on celebrity gossip websites before being posted on Reddit on September 10, 2019. The image was featured on a couple of Reddit forums where it gathered considerable interest, and it was later shared on Twitter, where it became a meme about the candidacy of former United States Vice President Joe Biden. Even Hill felt pressed to make his own version on Instagram a few days later.

Unexpected developments are at the heart of this meme. Whenever you feel as cool as Jonah Hill walking down NYC, keep in mind that life is always there to throw curve balls that will shatter your cool. 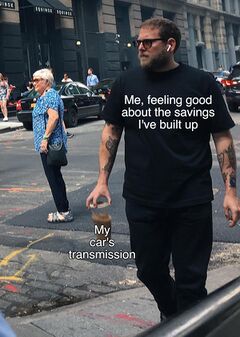 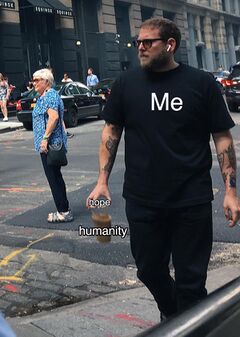 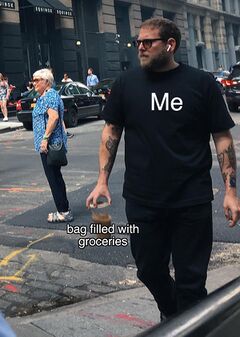