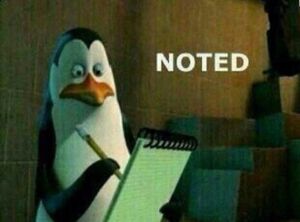 The meme nown as “Kowalski «Noted»” is an image exploit involving a specific screenshot from an animated program with a penguin, Kowalski, penciling into a notepad with the caption of "Noted." It has been used as both a reaction image and for image macros.

The screenshot is derived from one of the many episodes of "The Penguins of Madagascar," a television series based on the "Madagascar" family films.

The earliest use of this image to make it a meme dates back to August 4, 2014. Twitter user @ChellieBoomBoom tweeted about a mental notebook with accompanying text alluding to being very analytical when observing people placed above the image of Kowalski and his notepad.

This particlar meme is great for serving as the response to a particular scenario or situation. Some examples of it in use include the following: 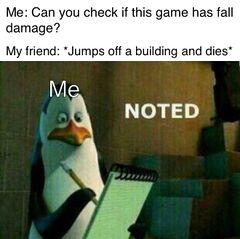 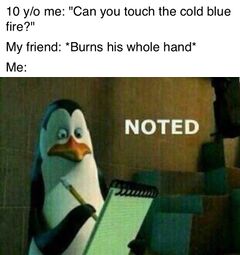 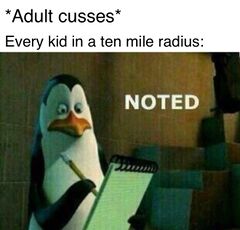 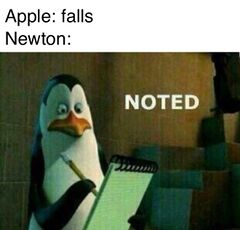