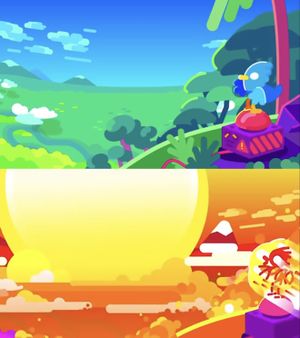 The “Kurzgesagt Explosion” meme includes a sequence of photos in which a seemingly harmless bluebird presses a red button, subsequently setting off a nuclear bomb.

The meme is almost always broken up into two images, with the first depicting the bird jumping on the button and the second being the detonation of the bomb. The bird represents the subject at hand, and the explosion demonstrates a typical reaction to said topic. These reactions are generally over exaggerated, much like the explosion itself.

Popularized by the Kurzgesagt – In A Nutshell YouTube channel, the Kurzgesagt Explosion image derives from a video they published entitled “What If We Detonated All Nuclear Bombs At Once?” In just one week, the video received over six million hits.

Not surprisingly, the footage quickly made its way over to Reddit’s platform. Redditor Alecadabra uploaded the video on March 31, 2019, soon after amassing a 90 percent upvote and 2,000 comments.

TunaAlert, another Reddit-goer, created a two-panel version of the image in the hopes of creating an easy-to-use format for meme-enthusiasts.

The Kurzgesagt Explosion meme is used for one of two reasons: to portray a trend that’s blown up or bring attention to an overdramatic response to a trivial problem.

Some prime examples include anime and parents lashing out after telling an off-color joke. 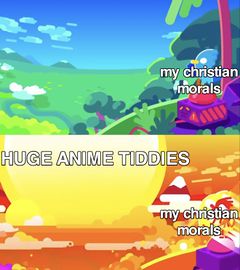 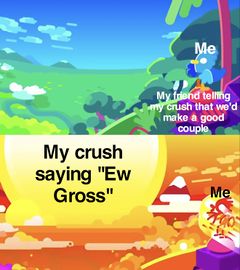 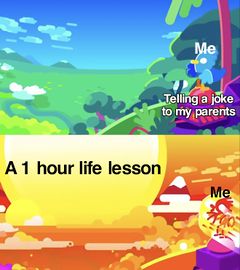 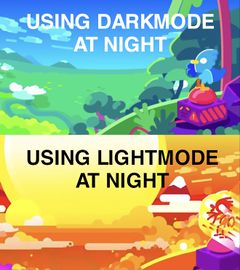