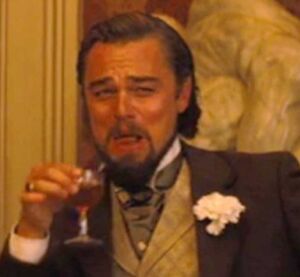 There is no question that Leonardo DiCaprio has achieved the designation of being "Hollywood Royalty." His wide range of performances have made him a favorite of many top-notch directors, and he has a knack for making many of his roles memorable.

In the case of Calvin Candie, the repulsive villain in Quentin Tarantino's "Django Unchained," various screen caps of DiCaprio have been turned into memes, including one that shows the actor laughing with ridicule and contempt.

"Django Unchained" was release in 2012. Various Calvin Candie screen caps have been turned into memetics fodder, but this one in particular appeared on Tumblr in November 2017; it was used as a reaction to a discussion about the possibility of French being made into a national language in certain non-Francophone countries. Although the single-panel reaction was welcomed, it did not gain traction until early 2020, when it was used to comment on the attitudes of Dairy Queen employees and players of the Dungeons & Dragons Role-Playing table top game.

Fast forward to August 2020, and we see DiCaprio laughing on a Reddit board dedicated to memes. This time, the reaction was augmented with two lines of dialog: One from a mother who thought she deleted games on her son's computer, and the other line is a reveal that she only managed to erase the shortcut icons on the desktop. This single-panel reaction got even more traction when it was posted on Instagram, the social network that is bound to catch up to Reddit in terms of catering to internet memetics.

This reaction panel is useful to express contempt as well as ridicule to certain situations that are laughable. Whether you use one, two, or three lines of dialog does not matter; the idea is to express venomous irony through laughing. 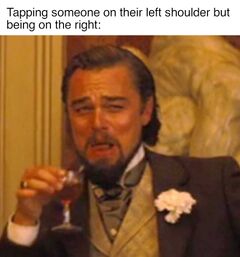 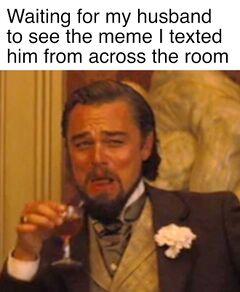 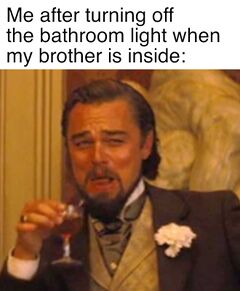 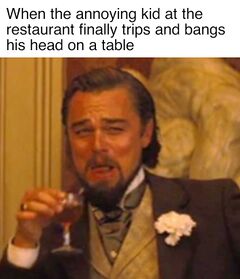