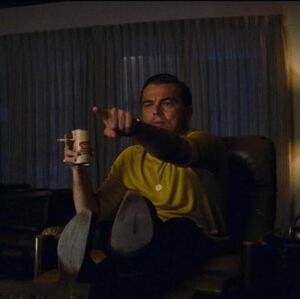 The “Pointing Rick Dalton” meme is a popular image that is seen in numerous places around the internet. Some users even call it the “Pointing Leonardo DiCaprio”.

It is a type of meme called an image macro that simply has text under or above the image to give it a funny vibe. Once Upon a Time in Hollywood, the movie, provides the image for this meme as a screenshot was taken of Leonardo DiCaprio pointing at a television screen.

Once Upon a Time in Hollywood was released on July 26, 2019. Rick Dalton, who is played by Leonardo DiCaprio and Cliff Booth, who is played by Brad Pitt are watching an episode of F.B.I. on television, when Dalton points.

@Kee_Bully19 on Twitter posted the image on March 1, 2020, with the caption, "Me throughout watching The invisible man." It has sense spread among many others, after a user on Twitter called @mikescollins added a new caption, "when someone says the title of the movie in the movie" on April 5, 2020.

“Pointing Rick Dalton” has had various examples and captions. All relate to the same meaning of a feeling of recognition. It, more specifically, showcases excitement over this sense of sudden recognition. 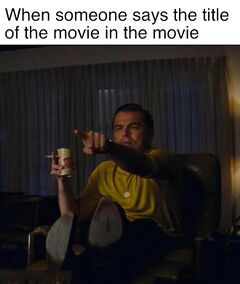 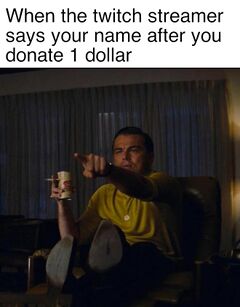 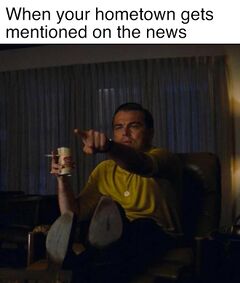 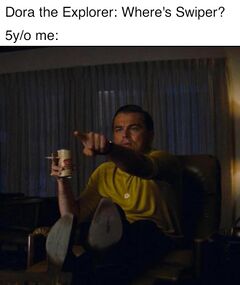