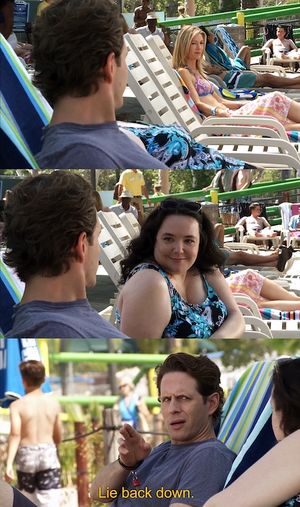 “Lie Back Down” is the name of a meme based around a scene from the comedy TV show It's Always Sunny in Philadelphia. The line 'Lie Back Down' is humorously uttered by the character Dennis in one of the episodes. Due to its context and humor associated with it, it has since become a widely used scene online.

In January of 2018, a GIF of the scene was made and posted to Reddit. The most popular format of the meme didn't appear until October of the same year. The main format was initially created by Reddit user Dontfisheatotherfish in an edit of the scene referencing advertisements on adult websites.

In March of 2019, a new format was created that used three panels instead of four. The edits made at that time referenced anything from anime to other popular Reddit memes. Since then, the three-panel format has been rising in popularity. 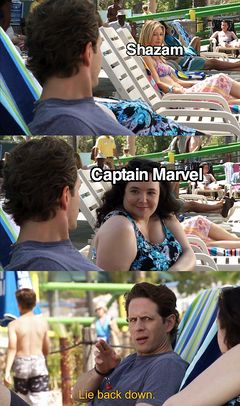 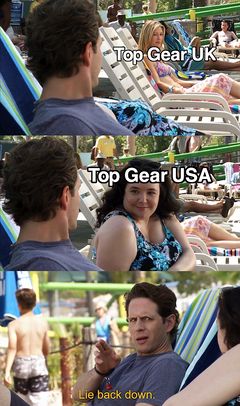 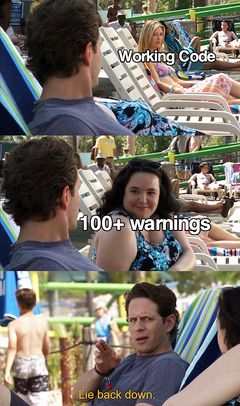