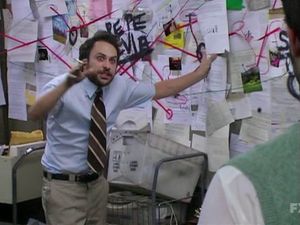 The meme “Pepe Silvia” is a reference to an iconic scene from the Fox TV show It's Always Sunny in Philadelphia surrounding a conspiracy regarding a man named Pepe Silvia. The character Charlie then goes into a rant, which has not only become one of the most iconic scenes of the show, but also a well-known meme.

The scene comes from an episode of It's Always Sunny in Philadelphia that was released on October 30th, 2008, called "Sweet Dee Has a Heart Attack". In an effort to get employee insurance benefits, Mac and Charlie get jobs in an office building. Charlie ends up working in the mail room, eventually becoming obsessed with the supposed conspiracy surrounding Pepe Silvia, a person who he keeps receiving mail from who he also believes does not exist.

Though the episode was an instant hit with fans, it didn't become well-known in many internet communities until there was an outpour of fan tributes to the scene, beginning on January 4th, 2010 with an animated video from the YouTube user dominiqueDesign.

The musician David Dockery continued this trend on March 14th, 2017 by uploading a video of himself drumming along to the scene, having the rhythm mimic Charlie's way of speaking.

Since these videos, images of Charlie during his rant have become popular reaction images used on Twitter, typically referencing when somebody is out of their element or speaking about something that might look crazy to others.

Though the meme was originally used as a reaction image regarding conspiracies, it has since become a reaction image for anything, that somebody might be describing that looks wild to others. For example, if a user thinks that when they speak about music it sounds very calm, simple, and intuitive, the reaction image might be used to describe how unsettling their passion might look to others. Through juxtaposing the seemingly disturbed image with the incredibly calm context, it communicates how people can miscommunicate their intentions. 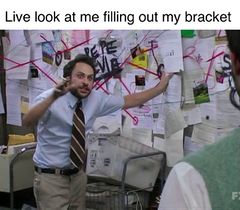 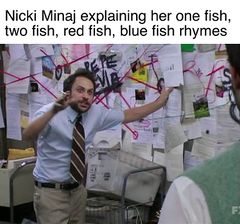 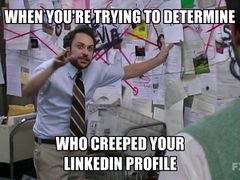 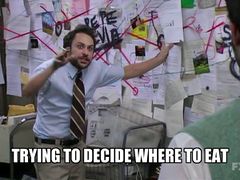