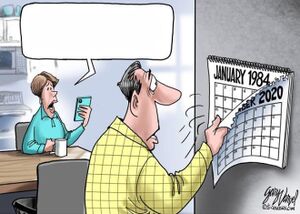 Twitter account and the revocation of conservative media app Parler from multiple app stores. The cartoon involves a man turning over his calendar and seeing the year change from 2020 to 1984 as a woman quips about current events.

This year refers to Orwell's "1984," a common buzzword among conservatives when discussing perceived censorship. As those familiar with the novel have a better understanding of the book, the meme was born as a way of poking fun at conservatives and uses the original cartoon as the basis for various image exploit comics.

January 9th, 2021 saw Gary Varvel, a political cartoonist, posing a comic to address the handling of then-President Donald Trummp's Twitter account after the events of the mob breaching the US Capitol.

There are two major ways that this particular meme has been put to use. 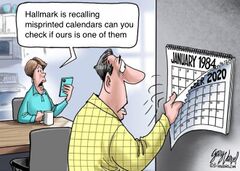 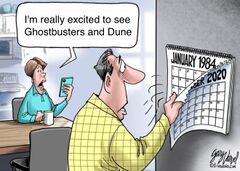 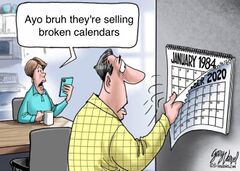