We Did It, We Time Traveled 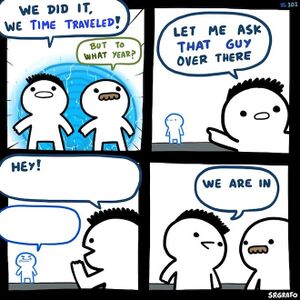 “We Did It, We Time Traveled” refers to a multi-panel comic meme featuring two time-traveling companions as they deduce the year they have traveled to based on pop culture.

The text for the first two panels of the meme is always the same, but the third and fourth panels change to indicate a pop-culture punchline that reveals the “current year” of the meme.

The meme first appeared on Reddit on June 15, 2019. Comic artist and Redditor SrGrafo posted the meme to r/SrGrafo, his personal subreddit for his comics, and r/gaming.

SrGrafo’s first meme in this format played off of the shift from Minecraft to Fortnite as the most popular game for kids. It spread quickly across Reddit, gaining over 100,000 upvotes on the first day it was posted.

The meme is relatable to anyone who has lived through its “punchline year.” It appeals to the constantly-shifting era of pop culture that we currently live in.

Trends shift so quickly nowadays that they could indeed be used to identify any specific year.

Overall, the meme provides a nice commentary on how rapidly trends shift in the social media age. 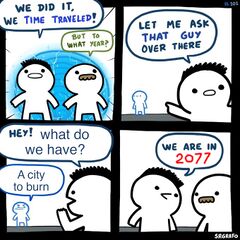 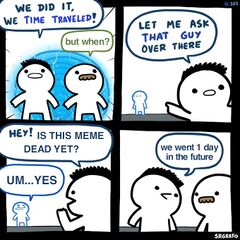 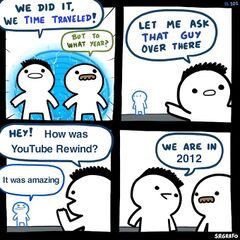 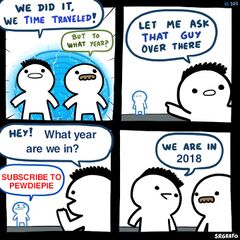