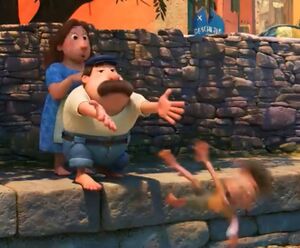 This image of a still from the Disney film Luca depicts an older character in the middle of pushing a child off a ledge. Most of the examples of this meme are of someone casually throwing away something important without knowing any better.

The image comes from a screenshot of the movie. The character Lorenzo with a large mustache and tiny hat is shown pushing a small child off of a ledge with a very casual and apathetic look on his face. The child meanwhile has a look of terror. The image was immediately edited with text jokes, photoshops, and historical jokes. The most popular one was posted on the r/dankmemes subreddit and immediately received over 70,000 upvotes in a few days.

The meaning of this meme usually relates to a person, represented by Lorenzo, discarding something of importance, represented by the child, in a very casual manner. An example would be ancient civilizations (Lorenzo) sacrificing someone (child) to the gods whenever a natural disaster happens. Another would be making fun of the fact that birds push their young from the nest without care when teaching them to fly. 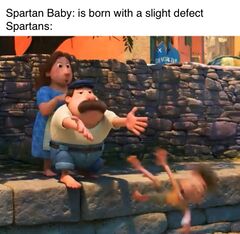 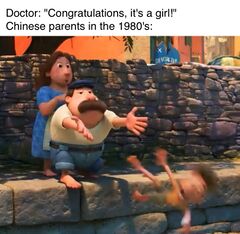 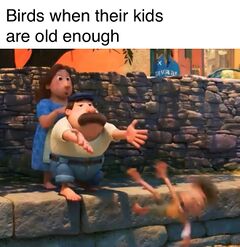 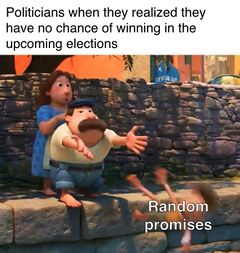