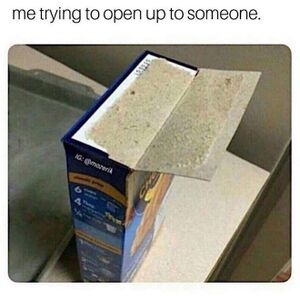 “Me Opening Up” is a format which comments on a modern inability to socialize and be emotionally honest with one’s self and with others. This template is not bound to a strict use of text or a single image. Rather, it is a play on the word “open”. The caption about opening up to others contrasts with images of objects which are difficult or impossible to open. It often features the opening of a container only to reveal more sealed containers inside. Another prominent example which has been done more than once is peeling an orange only to find another orange skin beneath. It does not have to conform to any rules to convey this sense of loneliness, danger, or insecurity.

It is associated with the “me IRL” format and similar memes which are used to express a person’s current mood or psychological state.

The first version of the meme is credited to Twitter user @relatablequote. It was posted to Twitter in October of 2015, where it gained lots of attention and immediately began to inspire spinoffs. It became especially popular on Reddit venting and social boards where users would use the meme to describe their mental health situation. It has come in and out of popularity over the years.

Perhaps most notably are the multiple examples of this meme using Russian nesting dolls. This is a toy in which one wooden figure is placed inside another. “Opening up” one just reveals another that must be opened up until one reaches the core. This can be likened to a person revealing the different layers of their personality and breaking down the façade.

In 2022, the meme returned to the forefront with an image of a Kraft mac and cheese box. It is common for packaged items such as this to adhere to the other flap of the box rather than to open properly. As a result, the opening flap has been pulled back but the box has not been properly opened despite the attempt to do so. A layer of cardboard stands between the user and the revelation of their true feelings.

The internet provides a free speech zone for people to vent about their frustrations anonymously. Internet users seem keenly aware of some of the problems with modern communication and social culture. As humans, we have a natural desire to share our emotions with others and connect with them on an emotional level. However, we quickly find that we are all different in our sensibilities and intentions. Not everyone is receptive to our feelings. What’s worse, opening up to people can potentially signal you as weak or unstable to the other members of a group, or it can reveal information to people who wish to do harm to you. Therefore, many people online acknowledge that it is safer and smarter to pursue a closed social strategy. This can have certain advantages but it also takes a toll on a person’s mental health over time.

Many live in a world that is increasingly overpopulated, but they feel increasingly alone. It seems that the ability to instantly communicate and share ideas has only made this situation worse because people adopt fake personalities to compete with on social media. Some people are simply not capable of just being themselves in the moment anymore. This creates a sense of existential angst that can be expressed through this meme format. 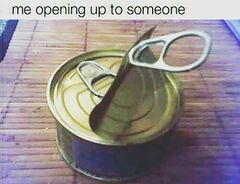 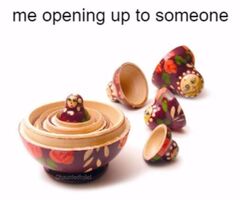 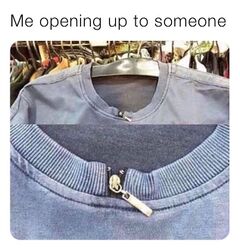 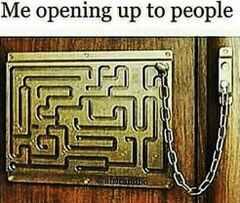 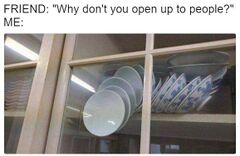 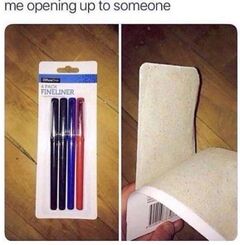