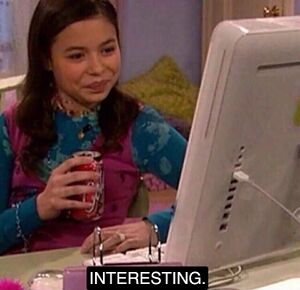 The Nickelodeon show Drake and Josh has been prime meme material since it finished airing in 2007.

One of the resulting memes is the “Megan’s ‘Interesting’" format.

This format draws from a Drake and Josh scene in which the character Megan, played by Miranda Cosgrove, drinks a soda while looking at a computer screen. “Interesting,” she quips, giving birth to the meme of today.

While Drake and Josh aired between 2004 and 2007, the meme format didn’t rise to prominence until almost a decade later in 2015. It likely originated on Tumblr.

Specifically, it originated from a post by Tumblr user commongayboy, who posted a version of the meme with the caption “seeing your friend tweet someone they ‘hate’.”

This version of the meme has since generated over 112,000 notes, and the format spread out from there. Both Tumblr and Twitter quickly picked up on the format, with Reddit following soon after.

The Megan’s “Interesting” meme format represents a broad spectrum of emotions. Sometimes, as in the original instance, it represents a mixture of curiosity and smug satisfaction-- sort of like an “I told you so.”

Alternatively, it can be used to portray genuine interest in a particular subject. If a person is intrigued or surprised by a piece of new information, they may put the Megan’s “Interesting” meme format to use. 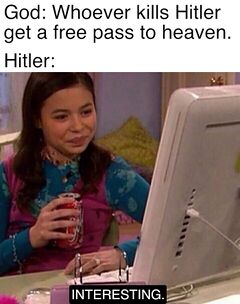 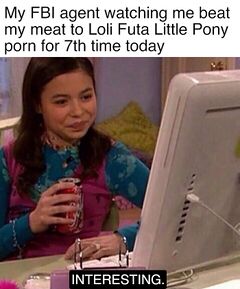 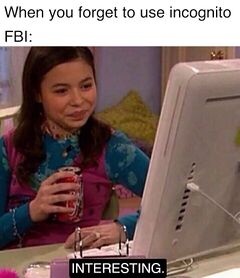