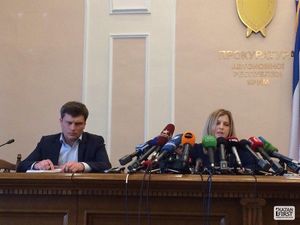 This particular item gets its name from a photo of Natalia Poklonskaya, a Russian politician who formerly held the title of Prosecutor General for Crimea.

The photo shows Poklonskaya in a press conference with an unidentified man. This particular viral image began to circulate as an object image in 2019.

March 19th of 2014 saw Kazan First, a Russian news outlet, upload the transcription of a press conference held by Poklonskaya to its website. Said article included several photos of the politician and a man seated behind a table, with Polonskaya's being surrounded with a multitude of microphones in contrast to the unnamed man's singular mic off to his side.

In the time since the initial image hit the internet, it has been sent to various subreddits, including r/PhotoshopBattles, r/dankmemes, r/HistoryMemes, R/GamersRiseUp, r/hmmm, and r/funny, with captions alluding to the distinctions between men and women.

One particular version of this image, appearing within the r/dankmemes subreddit, reached nearly 72,000 upvotes within a single day's time. Since its initial memtic lifetime on Reddit, the image went through various permutations and expanded to infiltrate Instagram posts.

In short, the contrasting number of microphones between Poklonskaya and a nameless man has been used to visibly contrast how one subject differs between when a woman deals with the subject and when a man does.

One of the first uses of this image was made to compare the attention that a male Twitch streamer gets when compared to a female streamer; a woman will receive far more attention than a man streaming footage of the same game.

Other examples of this memtic image in use would be comparing single fathers with single mothers or popularity. 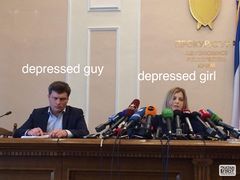 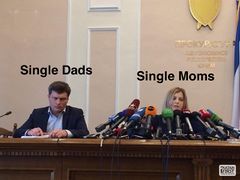 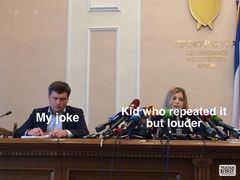 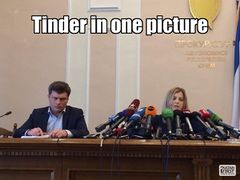