“No, No. He's Got a Point” is a recent meme used to indicate that a participant in a conversation or a thread discussion has made a very valid point.

The image depicts a scene from Disney’s “The Emperor’s New Groove” film during which the character of Kronk is trying to decide on whether or not to remove Kuzco from his palace with an angel on one shoulder and a devil on his other.

The quote is a response to the devil doing a handstand as an argument for why Kronk should listen to him, prompting the angel to respond with: “no, no, he’s got a point.”

The idea for the meme originally came about on a subreddit post in August 2019, but it was not paired with the Kronk image at the time.

The first instance of the image and the quote being used in tandem came on November 9th, 2019. It has since spread online widely and has been used in many places to denote the idea of someone making a good point in a back and forth discussion, sarcastically at times.

The meme took on other variations outside of the one involving Kronk, prompting a bit of a backlash on Reddit from users who noted that putting the quote on another image and posting it did not make that the originating version of the post. 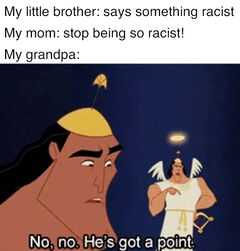 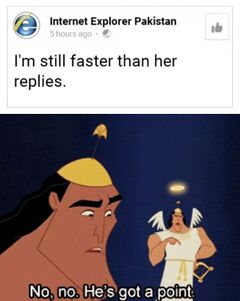 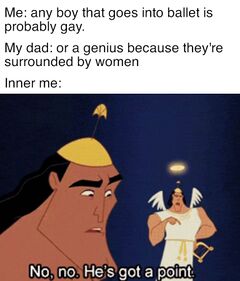 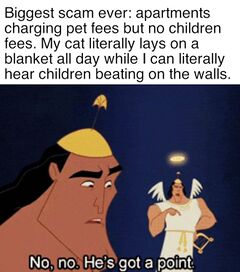