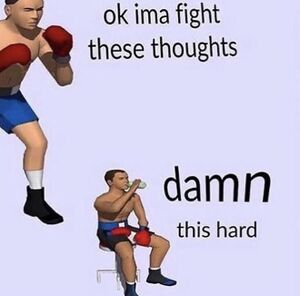 “Ok Ima Fight These Thoughts” is an entire series of image across inspired by a CG image of a boxer staring down the name of this meme against a wall.

There is a second image beneath the one of the ready boxer where he is recovering from a round of fighting said thoughts by sitting in a stool and re-hydrating while remarking on why said thoughts are so challenging to fight, defaulting to "damn this hard" and later evolving into "damn [thing] got hands."

October 6, 2020 has Twitter's @boyofyouth posting the initial tweet. Said tweet garnered over 86,000 likes and 32,000 retweets in under three months' time.

This is the perfect meme for pointing out how difficult some concepts are to discuss in public or even have a conversation with yourself regarding. Here are just a few example topics of the image being put to work. 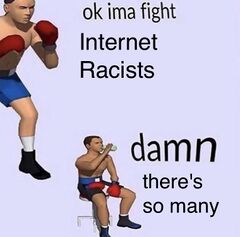 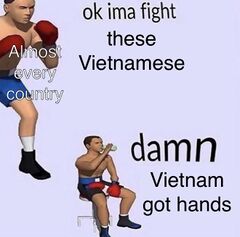 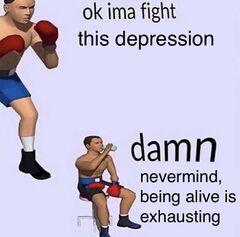 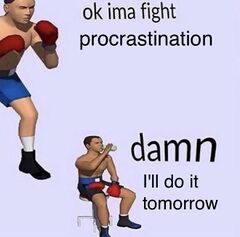