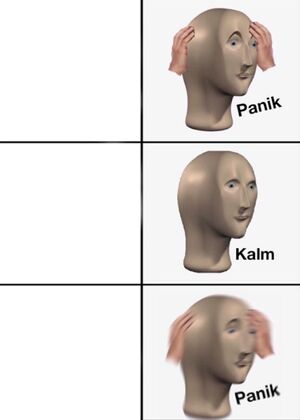 “Panik Kalm” is a multi-panel meme in which the image on the right indicates a response to the image on the left. Panik Kalm uses "Meme Man", a character which has gained popularity in recent months with memes like Stonks.

Like many others, “Panik Kalm” was first introduced by a Redditor. The first post received upward of 24,000 points in under two months. Another post made on the same day acquired 26,000 points in the same period of time. In coming weeks, a new version was introduced in which a third panel was included, which is the same as the first "panik" one, but shaky.

It hasn't reached far outside of Reddit yet, but it can be expected to gain traction over time.

“Panik Kalm” is usually used to portray a situation in which someone initially panics and then realizes there is no issue. For example, realizing that you left the door unlocked and then remembering that your roommate is home and can take care of it for you. The third panel indicates that you realize that there is still a problem. For example, you remember that your roommate just took a trip. 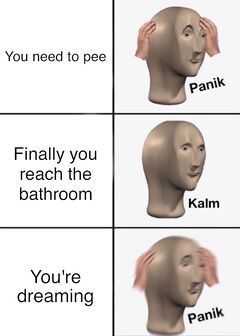 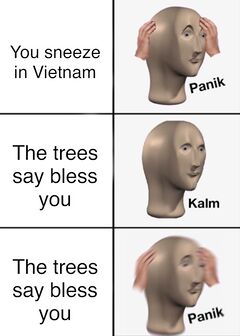 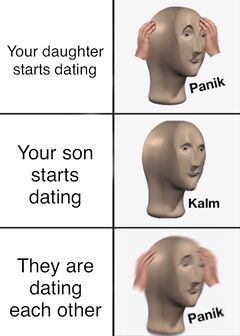 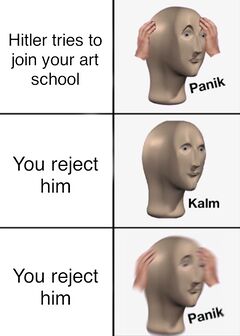