People Who Do Art 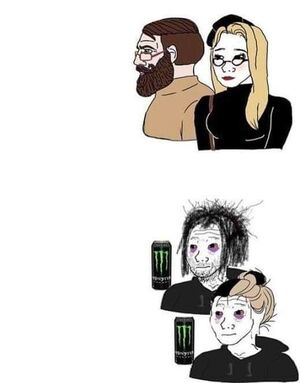 “People Who Do Art” is a meme format based on 2 panels contrasting the appearance of art fans and artists. Art patrons are depicted as modified versions of the Nordic Gamer and Tradwife wojak made to appear trendy and clean. The artists are disheveled versions of the doomer Wojak. They are often fueled by Monster Energy (see: Monster Energy). They evoke a more alternative aesthetic in addition to appearing exhausted. Their drinks are also something that changes in some versions of the meme.

Since the meme is a series of Wojaks it is hard to place its exact origin. It began to appear on Twitter on July 6th, and was posted by Japanese speaking users. A repost uploaded to Twitter on the next day by @Ramon_N90 gained an impressive number of likes and retweets on the meme, which is believed to be the catalyst for its massive spread. 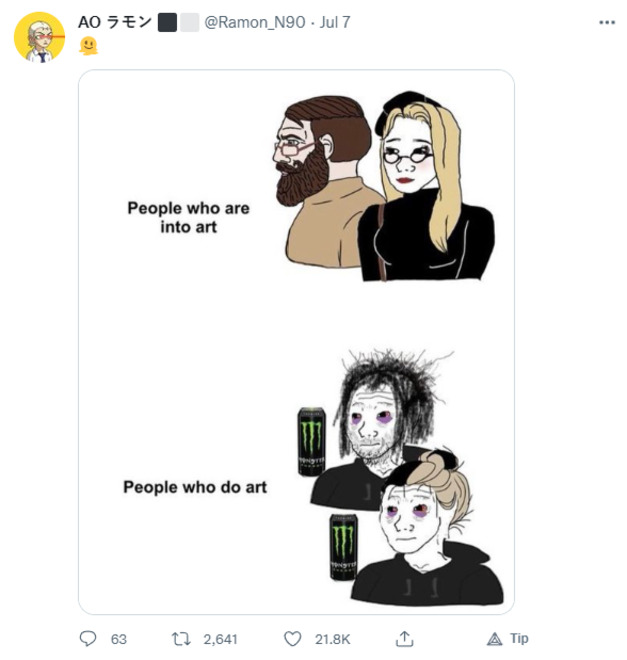 In the following days, people on Twitter and other platforms began making their own versions of the meme with other jobs. It has appeared on iFunny prominently. By mid July 2020, this was the top trending meme on Reddit. The meme has been embraced particularly by software developers and the crypto community.

This meme plays on stereotypes people have of art patrons versus artists. Some people say that patronage has always been beneficial to artists and the arts since there will always be in need for funding. Others say that the tastes of wealthy patrons don’t always match up with what is in demand or in good taste. Generally, people consider art fans to be wealthy art snobs like the Wojaks in the first panel, while the artists are not necessarily people who are well put together or presentable in polite society.

Most people do not think about the hard work and craftsmanship that go into everyday things. They enjoy products without much consideration for the people who produce them. This meme is a way for people to clear up the misconceptions in a humorous way. It is a way to celebrate the people who put their health and sanity on the line to create nice things for the world. 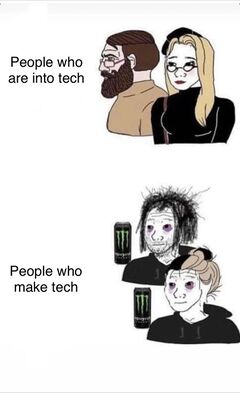 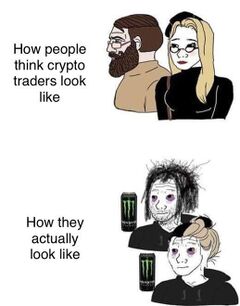 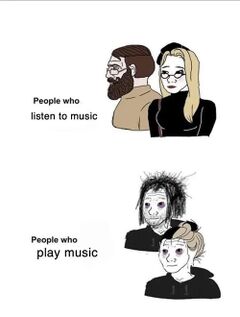