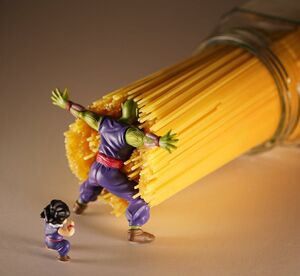 This is a family of memes based on a photograph of a bundle of uncooked spaghetti with a toy figure at its end, arms outflung as if holding the spaghetti back. There is another, smaller, figure crouched behind the first toy. Meme makers provide a variety of labels for the spaghetti and the two toys.

The original photo was taken by Japanese photographer Tatsuya Tanaka. It is based on a dramatic scene in the anime series Dragonball Z where the character Piccolo sacrifices his life to block an energy blast from hitting his friend Gohan, striking much the same pose that the toy Piccolo is using to "block" the spaghetti.

Some memes also subvert this idea by labeling the spaghetti as something desirable, while Piccolo is labeled as an interfering force that blocks this desirable thing from reaching Gohan. 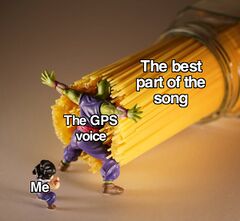 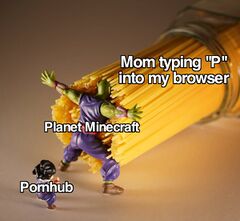 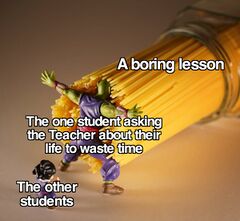