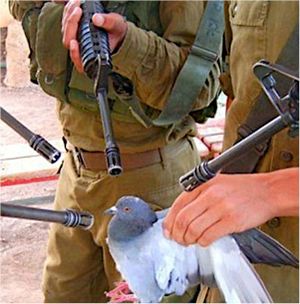 The image features a pigeon pinned by its wings in a soldiers hands, multiple other soldiers pointing automatic rifles at the bird. In spite of the dire situation, the bird appears deceptively calm as if being handled by its owner. While extreme in reaction to viewers, many find a way to turn the image into something humorous.

Often the pigeon is captioned with something like, "When you save 39 pieces of homework until the last night but then you fall asleep and still have to go to school" leaving the image as a hyperbolic example of all teachers coming to collect the homework at once.

The image is believed to have first appeared January 28, 2011 on Blogspot uprootedpalestinians, becoming a meme thereafter.

Seeing a pigeon surrounded by guns incurs anxiety, and the meme capitalizes on this secondhand stress by turning it into something funny and relatable.

Stress can maximize anxious thoughts, so pairing the image with words such as, "When you try to sneak back into your house at 3 am and your whole family is still awake waiting for you," gives the impression that the creator of this line feels anxious and surrounded by deadly weapons while their family figuratively demands to know while they were out so late. 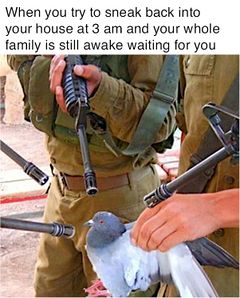 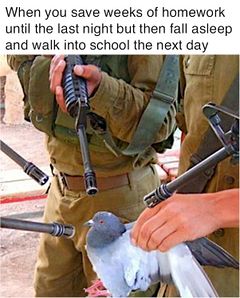 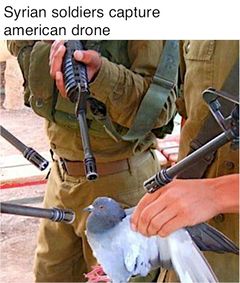 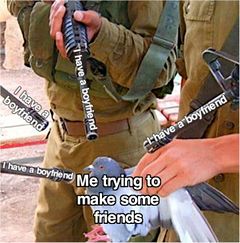