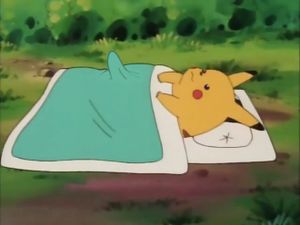 As you quite likely already know, Pikachu is a Pokemon, a family of creatures that fill the role that animals do on planet Earth, and part of the world-famous anime series Pokemon.

This meme originally featured Pikachu laying down on a makeshift cot in the great, animated outdoors - nothing more, nothing less.

After someone with at least a little bit of experience using Photoshop got their hands on the picture, they gave Pikachu what looks to be an erection. Although it could be thought of as his tail protruding through the middle of his legs, it's certainly supposed to be an erection.

Although the “Pikachu Boner” meme is a recent hit on the Internet, the still from which the original, pre-photoshopped frame came from was the fourth episode of the first season of the Pokemon anime. The name of this episode is "Challenge of the Samurai Boy."

In the anime, Pikachu's trainer and best friend, Ash, the main protagonist in the Pokemon cartoon series, asked Pikachu to come along with him. Pikachu effectively declined by not waking up from his slumber, rolling over after Ash popped the question.

The image of Pikachu laying down with a not-so-innocent erection poking through his green blanket is almost always paired with objectively edgy statements. The photoshopped macro is meant to make people laugh - at least if they're okay with edgy humor. 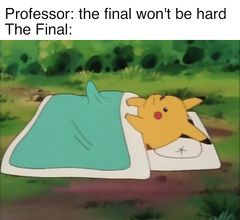 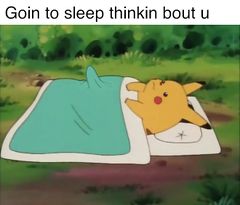 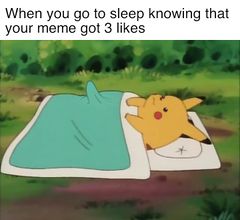 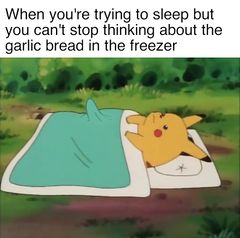