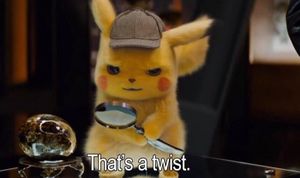 The “That's a Twist” meme borrows a moment from the anticipated film Detective Pikachu and uses it to indicate surprise and intrigue.

These memes can usually be found with a caption above the image, and the image is a clear response to that caption.

Whether the movie Detective Pikachu was well-received by the audience or not, this instance has definitely been turned into a recognizable meme for the millions on the internet to freely replicate.

Detective Pikachu features a moment where the titular character peers through a magnifying glass and observes an unexpected clue. The instance was deemed worthy of a meme and is quickly being replicated on Reddit and other forums.

The statement placed above the image of Pikachu saying, "That's a twist," is meant to indicate that that statement wasn't expected.

Anytime something happens that wasn't expected, it can easily be captioned and followed by the image of Pikachu murmuring, "That's a twist." 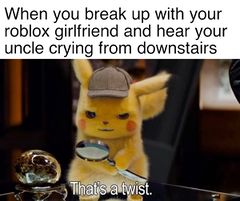 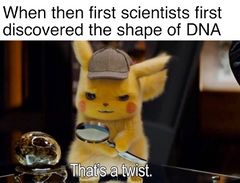 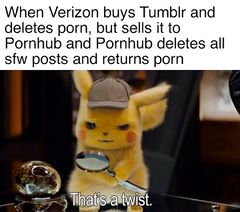 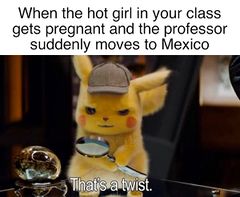