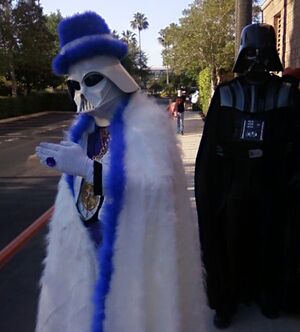 “Pimp Vader” is a meme that displays a cosplayer wearing an alternative version of Darth Vader costume that resembled pimps around others that are wearing more typical Star Wars fanfare.

In Early 2011, pictures of an attendee at MegaCon were uploaded featuring a cosplayer wearing an alternative Darth Vader costume. This picture was slowly found when it was used in 2011 and 2013 for memes that got a couple of hundred upvotes on Reddit. These pictures exploded in popularity in early 2020 when multiple meme posts were uploaded with thousands of upvotes, featuring the Pimp Vader cosplayer.

The meaning of the Pimp Vader jokes first includes characteristics of the Darth Vader character from Star Wars, meaning an evil stature of wanting to rule over the universe and willing to kill anyone that gets in his way.

The characteristics of a pimp start to come into play once you see the fur coat and chains, representing a character that has amassed a large amount of money over the years and wants to show it through physical possessions on himself.

Additional characteristics about these posts include talking about force choking, bringing it close to the stereotype that a pimp is also choking someone. 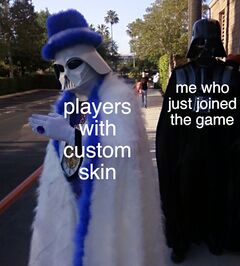 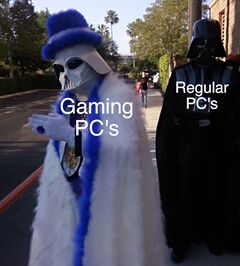 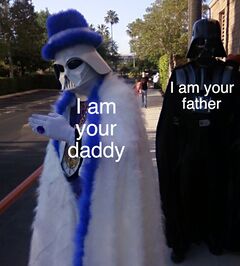 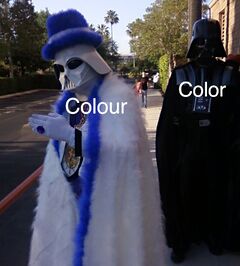