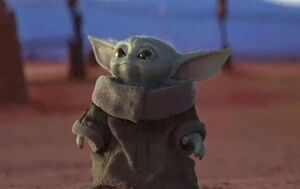 In 2019, fans of the cinematic Star Wars universe created by American filmmaker George Lucas patiently waited on the launch of Disney+, an internet video streaming service whereupon they could enjoy lots of content related to the never-ending battle between the Empire and the Rebel Alliance of a galaxy located far, far away. Of particular interest was "The Mandalorian," a live-action series featuring a cold bounty hunter carrying out his contracts, and fans went crazy when a new tiny green reptilian character was introduced.

“Baby Yoda” is not actually an infant version of the Jedi Master Yoda who trained Luke Skywalker before becoming one with the Force in "Return of the Jedi." This adorable and very cute character is a member of a mysterious species that essentially develop with the Force; they live a very long time, and they do not age like humans, for "Yiddle" in "The Mandalorian" has lived about five decades and cannot even leave his crib yet.

Since Star Wars is now a Disney property, Yiddle should not surprise anyone; after all, it would not be Disney without some incredibly cute plot twist. It only took minutes after Yiddle's appearance on the show became a meme on Twitter, gathering thousands of likes and comments. By mid-November, even traditional news sources such as Newsweek were commenting on Yiddle. By the time Yiddle made it to Reddit, it was already an established meme.

As of late November 2019, the Baby Yoda meme was mostly used as a Twitter prop to convey feelings of cuteness, similar to static and animated images of kittens. There have been haters who do not think a Baby Yoda should be part of the Star Wars canon, so it is possible that the cute meaning will change down the line. 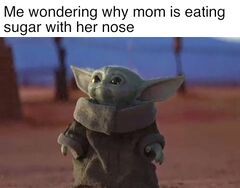 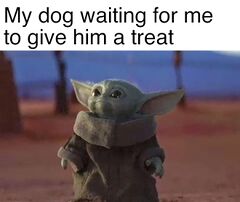 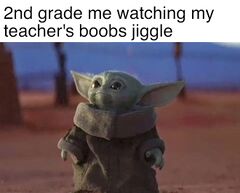 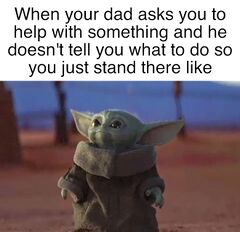